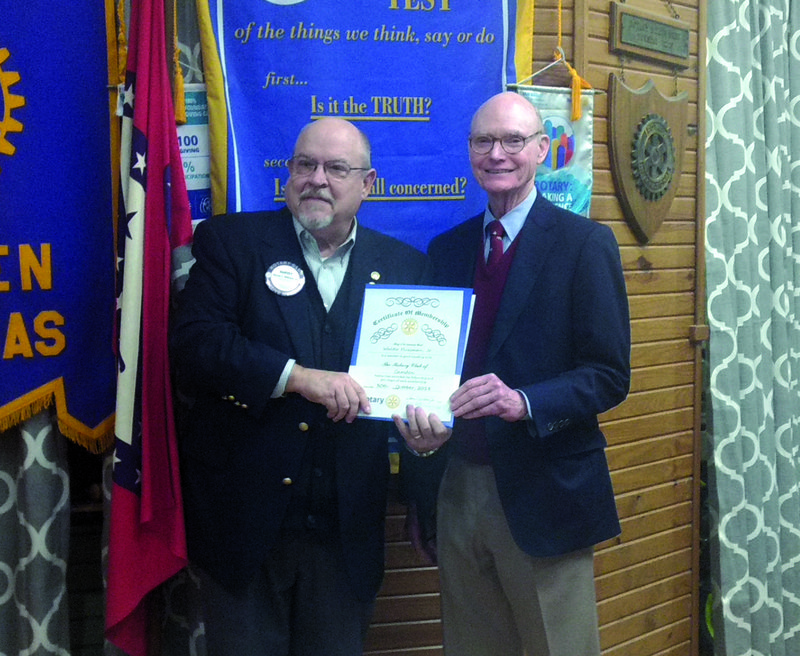 Starting February 11, the Democrat-Gazette will stop home delivery in Camden, except for the Sunday edition, which Hussman says is still profitable and will remain in print. Instead subscribers will be given iPad’s that display a digital replica of the newspaper.

“It’s great to be back here,” Hussman said of his hometown, “We’re doing some major changes, and I wanted to come explain to you why we are doing what we’re doing,” he said.

Hussman told the assembled crowd that in the 20th century the majority of ad revenue was newspaper revenue, but with the advent of the internet and the rise of digital marketing, that number has dropped dramatically. While advertising revenue for newspapers in 2006 totaled 35 billion dollars, by 2016 it had lowered to 12 billion dollars.

In reaction to this, papers nationwide cut staff, cut pages and upped subscription rates. Hussman said that in order to provide the same level of content while keeping the employees the Democrat-Gazette decided to try something different.

Blytheville was the site of the initial pilot program and while initially only four subscribers decided to participate in a joint promotion with AT&T that offered a discounted Ipad, 140 agreed to continue their subscription when offered a free Ipad as long as they bought a monthly subscription.

Once the subscription is canceled, the Ipad is given back to WEHCO.

Since then the company has taken the program to Helena, Warren, Hamburg, Jonesboro and Mountain Home.

Hussman spoke to the Jonesboro Rotary club in May where he said,” We’ve had pretty good success with this so far,and we think this is really the best hope for our Democrat-Gazette to remain not only a statewide paper, but a complete, comprehensive, excellent newspaper as opposed to shrinking our paper and becoming shallow.”

Hussman said that while initially there is some push-back from older residents, who prefer the standard newspaper format, many individuals come to prefer the easy layout of the digital edition of the Democrat-Gazette. He said that a big advantage of a display on the Ipad is the ability to increase the size of text. The Ipads received from the Democrat-Gazette will also be able to access a digital edition of the Camden News, provided residents have a subscription.

Hussman also said that while the paper traditionally was delivered outside your home, it can now be delivered in your home, eliminating picking up the paper outside on rainy days and the possibility of the paper being destroyed.

While delivering digital content, circulation employees will also deliver customer service, as they will make home visits to show subscribers how to access the digital edition on their device.

Rotary Club President Harvey Williams then addressed the long history the Hussman family has had with Camden and the Camden News. He presented Hussman with a certificate naming him an honorary member of the Camden Rotary Club.