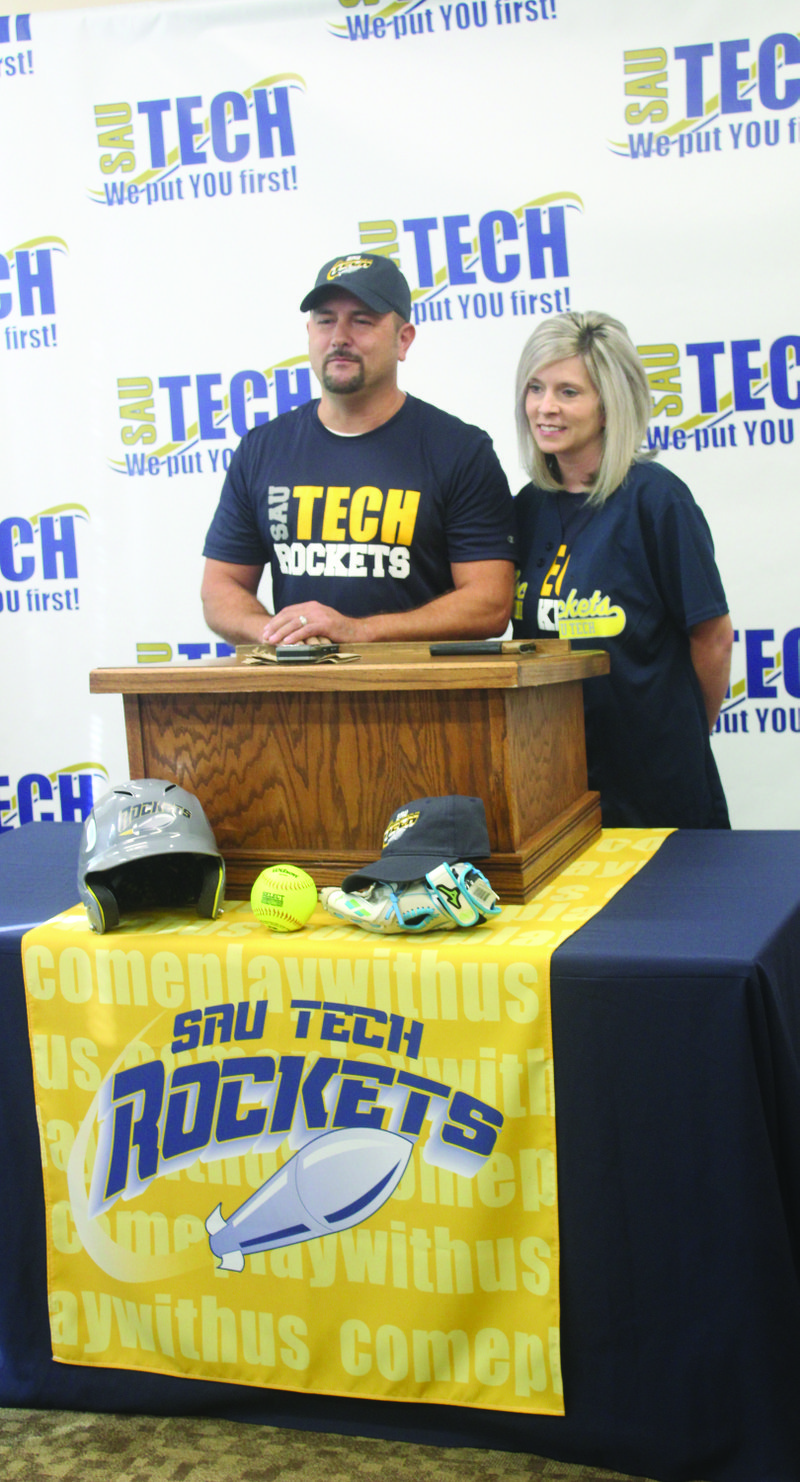 The Southern Arkansas University Tech made yet another historic announcement regarding its athletic program on Wednesday.

Morrison said he was approached about the idea and researched the larger universities with co-head coaches and said he discovered that it would lead to a family environment.

“It’s the building of a complete student that a husband and wife duo can do for a school,” Morrison said. “When you ask our students why they chose SAU Tech, they always say it’s because it’s like a family.”

Phillip has several years of coaching experience in multiple sports. He recently coached a U-Trip team. Amy accepted a position at SAU Tech as a professor over the teacher education program last year and has several years as a coach along with her husband.

“I’ve coached a lot of tournament ball,” Phillip said. “We are just very excited about this opportunity. We have done this as a team before.

“We have a 17 year old daughter that is getting ready to go to college next year, so we know how important it is for students and their parents to know they are going to be in good hands,” Amy said.

The duo stressed that they are looking for the often overlooked student athlete.

“They’re going to win because that’s the goal we have at SAU Tech,” Morrison said during the new conference. “No matter what we do, we win. If it’s in our film study program, we win. Our mechanical maintenance, we win. If we walk down the hall we are going to win as an institution. And I know these two are going to bring that same spirit.”

“We believe that doing this as a duo can make us more effective,” Phillip added. “I’m not a big fan of participation trophies or moral victories. We are taking this time to win. Every time I step on the field I plan on winning. We are very focused on coaching the entire student athlete. We believe if you coach the whole person the success is going to flow from the field to the class room. When they (graduate) they leave stronger and better not just as a athlete but as a person.”

“Academics are very important to me,” Amy shared. “SAU Tech is an exciting place to be. We are launching new programs all the time. We want to encourage anybody that’s interested to get in contact with us.”

Basketball Tip Off set for Friday

The SAU Tech Rockets will open its season on Friday at Shaddock Fieldhouse in conjunction with Noalmark Broadcasting teaming up with the College to air the Rocket games on The Planet 106.5.