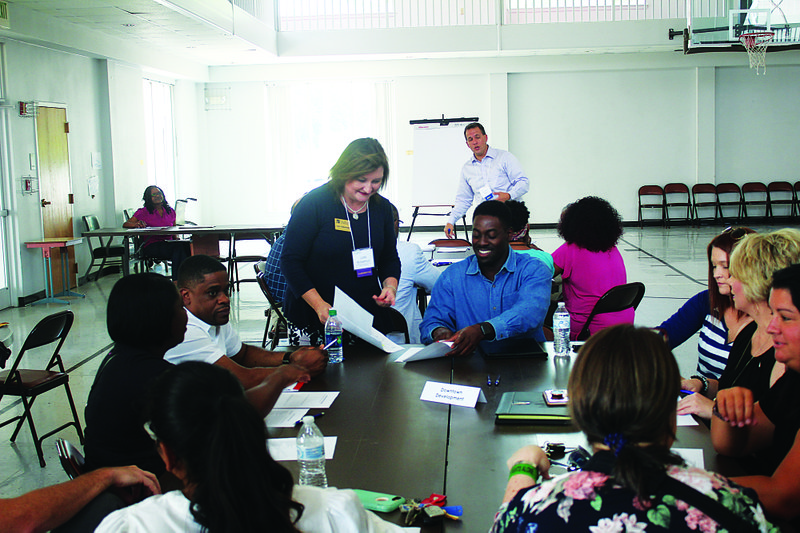 CAMDEN — The University of Central Arkansas Community Development Institute will visit Camden at 1 p.m. at First United Methodist Church on Tuesday to share recommendations regarding community and economic development.

The Camden area had a good turn-out during the CDI’s focus group event that was held.

The CDI 2019 Advanced Year Class Directors Lorie Robertson of Chaffee Crossing and Amy Williams of the Cabot Chamber of Commerce traveled to Camden to work directly with community leaders to assess the city.

Experienced practitioners provide attendees with practical tools and techniques that they can take back to their communities to make an immediate difference. After going through the program, those students have a choice to graduate and participate in what is called an “Advanced Year Class.” The Advanced Year conducts online research, focus groups, a driving tour, and informal interviews with residents during the week of CDI 2019. After an invite from Camden Mayor Julian Lott, Camden was selected for a visit.

“We come in, not with a critical eye, but with an encouraging eye and an open view prospective of your community,” Robertson said prior to the focus group discussions. “We see things that you might have began to overlook or be blind too just because you see them every day.”

Robertson said that purpose of the visit is to listen to the residents of Camden and learn more about what they think will make the city better, what is making it worse, what is best about Camden and how they feel about the opportunities of improvement. The group went back to UCA and evaluate what they learned from the citizens of Camden along with the information they gathered about Camden online and through research.

Robertson said Tuesday that CDI hopes to return to deliver “some quick wins and simple solutions” on Thursday.

After Robertson introduced the class members, the focus group discussion began. A group of more than 60 people were separated by table. Each table had its own topic such as “Parks and Recreation”, “Health and Welfare” or “Utilities and Infrastructure.” After the smaller groups discussed the positives and negatives of that table’s topic, the members would rotate to the next table.

According to its website, CDI began at the University of Central Arkansas in 1987, with the goal of equipping community leaders and economic development professionals with the tools and strategies they needed to create vibrant, successful communities.