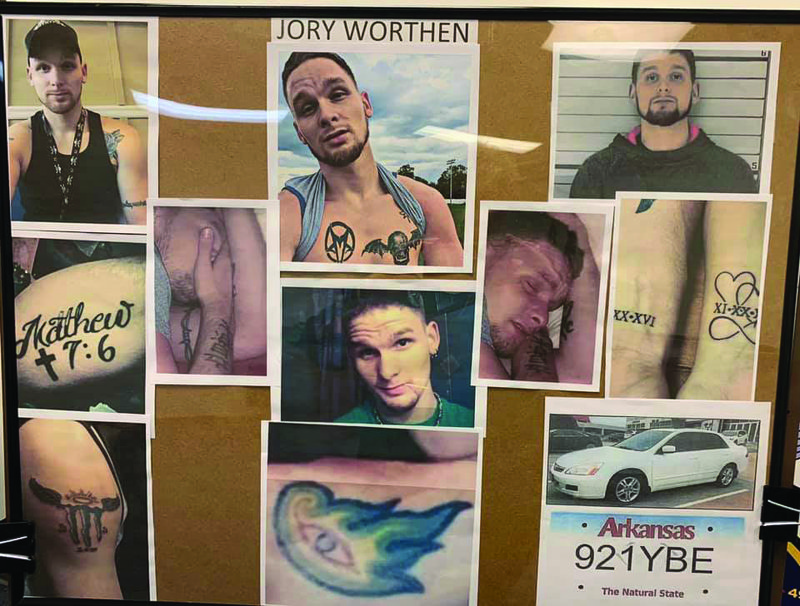 CAMDEN — FORT SMITH - The U.S. Department of Justice United States Marshals Service has released a notice regarding the offer of a $5,000 reward for information about double-murder suspect Jory John Worthen, 23, of Bearden.

Worthen is wanted for two counts of capital murder. On June 25, 2019, the bodies of his girlfriend, Alyssa Renee’ Cannon, 20, and her son, Marshall Braydon Ray Ponder, 4, were found at the home of Cannon at the 1300 block of Ronald Drive in Camden.

The Camden Police Department, Ouachita County Sheriff’s Office and the U.S. Marshals Service-led Western Arkansas Fugitive Task are working together and seeking information regarding the whereabouts of Jory John Worthen, according to a news release.

Worthen was last seen on June 22. He is described as 6’2”, 157 pounds, with brown hair and eyes. He has multiple tattoos with some on the underside of both forearms near his elbow,