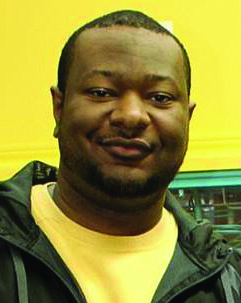 This week will include the first days of school for many districts in and around Arkansas. The thought of it made me reminisce about how much of a spectacle the first day of school was when I was younger and how my perception of it changed as I aged.

The first day of school was kinda viewed like New Year’s Day to me. You know the saying, “Whatever you do on New Years Day, you’re going to do all year long.” Therefore, it was important to be your cleanest, smartest, coolest and most well behaved version of yourself you could be on the first day of school.

You gotta call all your friends and see what classes they are in. Then you gotta pick out the latest school supplies or at least get the best your parents could afford. Then there was the last and probably most important task, picking your first day of school outfit.

I never considered myself to be very fashionable and I always hated ironing my clothes. However, I would iron my first day outfit so much that it could stand up on its on. The can of starch didn’t stand a chance and the blue in my jeans would appear silver.

Crazy, I know. But I’m sure I wasn’t the only one.

Questions would run rampant in my head the night before the first bell of the school year: “I wonder how all of my friends are doing?” “I hope this school year is going to be fun” and last but not least, “I hope she broke up with him.”

My parents made it a tradition to always try and walk their kids in the school on the first day or at least spend a lot of time talking to me the morning of. In my earlier years, that was so comforting. By the time I made it to 4th grade, it was automatic, because my mom worked at the same school I was attending. Needless to say, by middle school I was begging to just be dropped off somewhere in the proximity of the school’s campus and for them to drive away from me as fast as possible.

You know, the older you get the more independent you think you are. I didn’t need my parents or my older brothers to walk me in the school anymore. I was “too cool” for that.

Plus I remembered the three things my parents always taught me anyway:

Now, fast forward. I’m a parent. Just like my parents, I’ve made it a tradition to spend a lot of time with my kid on the first day of school.

Katy was going to a new building in her school district. Unlike me, she wasn’t obsessed with picking out her first day of school outfit. She wasn’t messaging her friends to see what class they were in and I sure hope she wasn’t hoping any boy in her class had broken up with his girlfriend over the summer.

Katy went to sleep just fine and the only thing she woke up with on her mind was breakfast.

The first day of school was just another day to her. While her maturity was impressive to me, it was also concerning. Not because of how calm she was, but by how not calm I was.

If I haven’t mentioned before, I struggle with anxiety and even have battles with palmer hyperhidrosis sometimes. Embarrassing, especially for someone as “cool” as me. I didn’t get much sleep the night before Katy’s first day of school. The thoughts that I used to have before my first day of school had changed dramatically. Now, those thoughts were: “I wonder if my child is going to adapt well to this new building in her district”, “I hope she makes new friends,” and the sad truth of having to think, “I wonder if her school is safe enough.”

Suddenly it dawned on me why my parents acted like they did on my first day of school and how I was blessed to have them there. That wasn’t the case for a lot of my friends. It wasn’t that their parents didn’t want to be there, but sometimes jobs interfered. I’m thankful to have coworkers that are more like family and understand how important it was for me to be there to see Katy off as well. After a simple prayer, a couple of jokes and a pep talk, Katy was off into her building and my anxiety ceased.

Here’s to a good school year for our future leaders and a special prayer for the parents who cried in the car after dropping their kids off, even though they told people all summer long they couldn’t wait for school to start so they could get the kids out of their house. Don’t worry, your secret is safe with me.