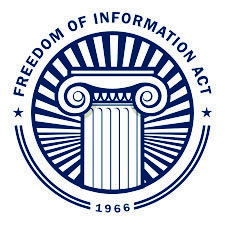 CAMDEN — The Camden City Council violated the Freedom of Information Act by evoking an executive session over the salary of a city employee during this month’s city council meeting.

After some discussion over Resolution 23-19 - which is a Resolution of the city council of Camden to set the salary of the current city clerk, Camden City Clerk Donna Stewart said:

“I would rather not talk about this in front of the audience.”

“This is something that really needs to go into executive session.”

Council Member L.E. Lindsey then entered a motion to recess, and the motion passed unanimously.

All members of the city council exited the council chambers and when they reconvened, they voted to unanimously pass the resolution.

The Camden News contacted City Attorney Micheal Frey - who was present at the city council meeting - about the matter, and he was asked if the recess was considered an executive session.

“Yes. They did a voice vote,” Frey answered.

“They started to leave, and they said, ‘We actually need a motion or a vote,’ so they did a voice vote.”

“As soon as Marvin (Moore) said that, they all started getting up.

“I would call it a personnel matter.

“And then they came back. I don’t know that they were discussing that in particular. I think they have a whole slew of things they are trying to address that all kind of ties in, I guess, with what is going on at city hall.”

“Except as provided under subdivision (c)(6) of this section, executive sessions will be permitted only for the purpose of considering employment, appointment, promotion, demotion, disciplining, or resignation of any public officer or employee.”

A Frequently Asked Question section of handbook on FOIA provided by the Arkansas Attorney general states:

“Q. Can a governing board of a public entity go into executive session to discuss general salary matters or to set policy and criteria for filling positions?