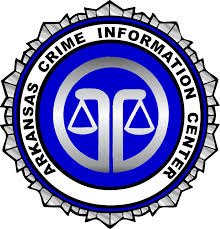 CAMDEN — Brad Cazort, the director of the Arkansas Crime Information Center, spoke at the Ouachita Partnership for Economic Development’s meeting Wednesday about some of the myths and facts surrounding trying to get a criminal record sealed.

“First thing I want to talk about is sealing and expungement because those things are used interchangeably, and they do not mean the same thing,” Cazort said.

“When people think about the idea of a record being expunged, they’re thinking of the idea of it actually being physically erased. Arkansas erases nothing, except juvenile records. An adult record is in our system forever.”

Cazort shared that his office is primarily contacted to seal records for two reasons, either:

A. To restore gun rights, which, according to Cazort, is futile because a sealed felony is still a felony conviction, or

B. So the information will not show up on a background check for unemployment.

The ACIC site states, “ACIC is the state agency responsible for providing information technology services to law enforcement and other criminal justice agencies in Arkansas.

“The principal role of ACIC is the administration of a comprehensive data system that is accessible by criminal justice agencies in over 250 locations in Arkansas.

“This state system is interfaced with the FBI National Crime Information Center, as well as similar systems in the other 49 states. ACIC also collects and publishes statistics on crime, manages the crime victim notification system, and the state sex offender registry.

“With the exception of crime statistics, access to most data maintained in the ACIC system is restricted to governmental criminal justice officials for criminal justice purposes, and is specifically exempted from the Freedom of Information Act.”

According to lawyers.com Arkansans are eligible to have their records sealed if:

• You were convicted of a misdemeanor or possession of a controlled substance and you have met all conditions of your sentence.

(Certain misdemeanor convictions require a five-year waiting period before you can petition to have your records sealed.)

• You were convicted or a Class C or Class D felony, an unclassified felony, or one of the specified drug crimes and you have met all conditions of your sentence and wait five years.

• You were convicted of prostitution as a result of being a victim of human trafficking.

• You were arrested, but the prosecuting attorney failed to bring charges within a year after your arrest.

• You were arrested and charged with an offense that is eligible, but the charges were dismissed or dropped or you were acquitted at trial.

You are not eligible if:

• You still have an open case.

• You have more than one previous felony conviction.

• You have not completed all parts of your sentence, including payment of all court-ordered fines.

• You have a prior conviction for a capital offense, murder, rape, aggravated robbery, kidnapping, or delivering a controlled substance to a minor.

• You committed a Class Y felony; a Class A or Class B felony that isn’t a drug offense; manslaughter; an unclassified felony that carries a maximum sentence of more than ten years; a felony sex offense; a violent felony; or a traffic offense if you hold a commercial driver’s license or permit.

• You committed a felony and were an inmate of the Arkansas Department of Corrections for any period of time during your sentence.

Cazort said that many employers who do not use the Arkansas State Police for a background check use “fly-by-night” background check sites that may incorrectly include records that were sealed.