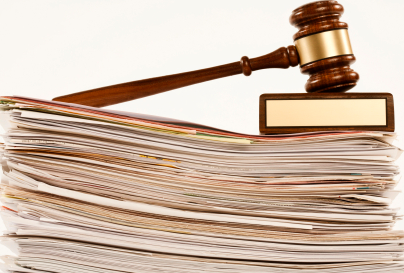 An extension of time to file record has been granted in the appeal case of a Camden man convicted of arson, burglary and theft of property

Willliam Holcombe Milner, III was sentenced to 65 years in the Arkansas Department of Corrections earlier this year after a jury found him guilty of all three charges. Court documents show that an appeal was filed on Sept. 3 through Milner’s lawyer, Gary Potts.

An enhancement penalty was attached to the sentences because Milner is a habitual felon with four previous felony convictions. He will be eligible for parole when has served half his sentence plus good time.

Court documents state that the Ouachita County court reporter requested an extension of time in order to complete the record due to the abundance of appeals she is presently transcribing.

On July 23, 2018, at around 11:02 p.m. the Camden Fire Department were dispatched to 120 Van Buren Street for a structure fire. Upon arrival, the CFD noted the back of the structure was fully engulfed. The house belonged to the late Richard Milner, was located on Van Buren Street, and was formerly known as the Proctor Hawl building.

On July 24, Capt. John Voss spoke with an individual who was one of three executives of the estate of the late Richard Milner. Milner’s family had been left out of the will. The individual was not sure if Willliam Holcombe Milner III was aware of this fact, but the person was concerned that William Milner could have started the fire had he learned that he was left out of the will.

William Milner is the nephew of Richard Milner.

The individual explained he had gone by the property on July 23 and found William Milner’s stepmother at the property stating that William Milner told her she could remove some of the ivy and shrubs on the outside of the house. She was told to not remove anything and that the family members had been left nothing.

A short time later Voss was called back to the house to speak with Fire Chief Robert Medford. He directed Voss to a church parking lot near the house. Voss noted a blue sack with a black plastic box inside sitting in the lot. The box contained the ashes of Richard Milner. The sack had been inside the house previously, according to the report.

“The removal of the ashes before the house burnt, seemed to be what a person would do who knew Richard,” the report reads.

An officer also placed William Milner around the scene of the crime about three hours prior to the call to the CFD regarding the fire.

On July 25, Chief Medford was told there was a game camera inside the house as a makeshift security system. The fire department was unable to find the remains of the camera. It was suspected that someone had removed the camera.

Judge Hamilton Singleton signed a search warrant for William Milner’s home and the camera was found in a boat on his property. When the SD card was examined, the last photos showed William Milner inside the house pouring an unknown substance on a rag.

Affidavits state that on July 24, 2018, Officer Kayla Reynolds was dispatched to a home on reports of a male on Williams Street shooting rifles.

Milner ran inside his home when he saw the patrol car. The report states, “Officer Reynolds along with Lieutenant Parker attempted to call Milner out of the house, but Milner repeatedly stated, ‘you have no right to be here.’ Officer Reynolds relocated to the side of the house where she heard the sound of a firearm racking.”

Milner then attempted to exit a side window, but saw Officer Reynolds and tried to go back inside. The officer deployed her Taser, striking Milner in the back. Milner was taken into custody and when his home was searched, seven rifles were found. As a convicted felon stemming from a 1991 residential burglary charge, Milner is prohibited from owning a firearm.

A separate affidavit details the events leading up to Milner being arrested for arson and burglary.