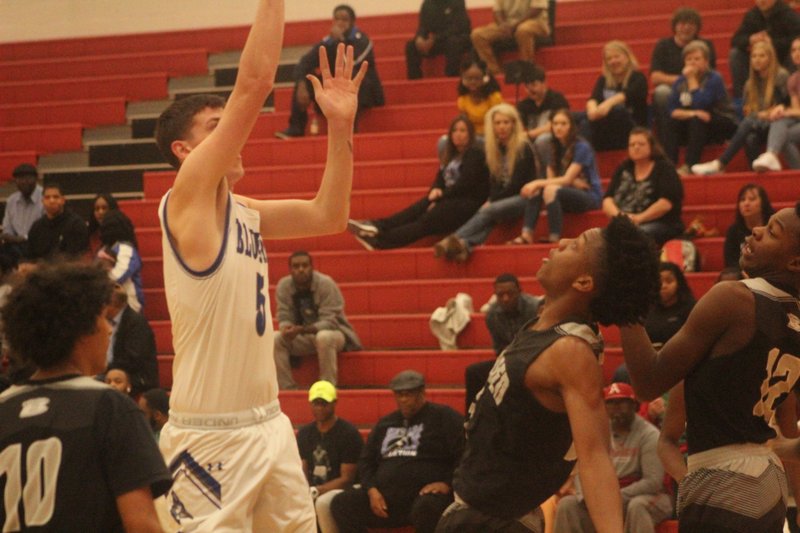 Today marks the final day of the 2019 Camden Fairview Holiday Classic and if it goes anything like the first two days, fans can expect another large crowd and some good competition. Below is a few locally relative notes for tonight’s match ups. A gallery of photos and updates from the tournament can be found on the Camden News Facebook Page.

The tournament’s championship games will feature some of the top college basketball prospects in the state and will give a few other student athletes an opportunity to land on college coaches’ radars. LRCA has been just as good as advertised as the Lady Warriors have won both of their game in the tournament by an average of 49 points. The Lady Warriors are led by highly touted Wynter Rogers as well as senior point guard Yasmin Ott and shot guard Ashton Price. Emerson is the highest scoring team in the tournament thus far and are 16-1 on the season. Lady Pirate juniors Lexi Pyle and Addison McNiel have garnered a lot of attention with how well they have played during the tournament.

The boys championship game is no different as the undefeated Magnolia Panthers face off against the Marion Patriots. Both teams are defending state champions in their selective divisions and both teams bolstered highly recruited college prospects. Magnolia’s Derrian Ford has arguably been the most consistent and poised played of the tournament. The 4A State Championship Game MVP has interest from Arkansas, Florida, Auburn, Oklahoma State, Baylor and several other schools. Marion’s Detrick Reeves Jr. showed why he has offers from Arkansas State, Auburn and SMU on Saturday night against Nevada when he exploded for 25 points and an alley oop that brought the crowd to its feet and stalled the game for brief moment. In the end, it’s a team game with both squads featuring talented student athletes that have the ability to play on the college level.

The Cardinals boys will play the El Dorado Wildcats for the third time this season today. Before the tournament, El Dorado’s only two wins on the season came against CF. The Cardinals loss at El Dorado earlier this month after having a double digit lead in the first half, 67-63. Then the Cardinals hosted El Dorado a week and a half later and loss 52-43. However, that was the Cardinals’ fourth game in as many nights after playing in Texarkana and competing two nights in a tournament in Nashville. Despite only returning one starter from last year and only having three seniors on its roster, CF has steadily improved. The Cardinals’ last three losses have only come by an average of five points.

Dashaire Ford Burton led the Cardinals in scoring with 16 in its 64-31 win over HG in the second round. Jaden Bates added 15 points and Christian Strahan added 9.

Coach Johnny Jackson’s Lady Cardinals fell to Emerson 73-58 in the second round. Emerson’s depth played a big role but CF was still able to take a lead into the first quarter despite foul trouble. By the end of the second quarter, three of the Lady Cardinals starters had three fouls. CF’s Takari Glover led the Lady Cardinals with 18 points and Raven Porchia added 11.

The final day of the tournament begins with a match between the Bearden Lady Bears and the Warren Lady Lumberjacks. The Lady Bears had an impressive showing against 6A El Dorado in the second round only losing 58-48. In the first round the Lady Bears were matched against defending 5A Champion Little Rock Christian Academy and loss 66-15 with one of its starters out with an injury. Warren will be the third time the Lady Bears play a 4A team and so far they have been impressive. The Lady Bears loss to Magnolia by nine in its season opener before defeating Malvern 43-35 in December.

The Warren Lady Lumberjack’s run has been just the opposite of what it was in 2018 when it played in the Holiday Classic Championship game. Warren loss to a disciplined and well condition Emerson team 82-69 on Friday before losing to Hot Springs, 48-34 in the second round. Warren appeared to be in control before the Lady Trojans of Hot Springs went on a late third quarter run to put the game out of reach.

The Bearden Bears will then play the Harmony Grove Hornets. The Hornets and Bears were scheduled to play each other in December but the Hornets had a semi final football game on that same night. The Hornets, similar to the Lady Bears, have had to play against competition from bigger schools in the tournament. It opened play losing to the defending 4A State Champions in Magnolia and then played against the CF Cardinals in the second round.