Life in Camden after the closing of the I.P. mill 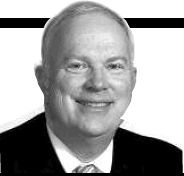 Several hundred people had gathered on that final night of January on the campus of Southern Arkansas University Tech at East Camden. I was honored to be the speaker for the annual banquet of the Camden Area Chamber of Commerce, but the big crowd wasn’t there to hear me. These Arkansans were there because they have a deep affection for the place they call home and want to see positive things happen economically.

The annual chamber banquet remains an important event in towns across Arkansas. It’s a chance to reflect on the accomplishments of the previous year and honor those who serve the community.

When I was growing up in Arkadelphia, Camden seemed like a hopping place. After all, it had two high schools (Camden and Camden Fairview) rather than our one. Camden had 15,823 residents in the 1960 census. Arkadelphia had 8,069. The towns are about the same size these days. I would go to Camden for football and basketball games with my parents and look forward to a meal at one of its restaurants - the Duck Inn, the Hush Puppy, or Chris’ Steak House if my father were in a particularly good mood.

Camden still had more than 15,000 residents in the 1980 census. Its current population is estimated at 11,000. The U.S. Census Bureau reports that Camden has lost population almost every year for the past 25 years - a painfully familiar story throughout south Arkansas. A crushing blow came with the 2001 closure of International Paper Co.’s mill.

An Associated Press story published in newspapers across the country at the time began this way: “For 73 years, the stacks at International Paper Co.’s mill belched gray, sour steam day and night over the pine woods of south Arkansas. On summer afternoons, the plumes sullied laundry hanging outside. … In any season, townspeople knew the answer to the question ‘paper or plastic?’ But IP closed the paper-bag plant in January, leaving 580 workers without a way to support families long dependent on company paychecks. The employee union urged IP to sell to another paper maker, but the company refused to put it into a competitor’s hands while the market is down. Now, with the hulking plant sitting silent, this town is dealing with its pain and trying to figure out how to remake itself.”

With IP long gone, the Camden area has relied more in recent years on the defense sector. And it might be the economic salvation of this area yet. Its roots date back to World War II. On Sept. 25, 1944, U.S. Sen. John L. McClellan (who had practiced law at Camden before being elected to the Senate) and Congressman Oren Harris announced that a $60 million U.S. Navy ordnance plant would be built near Camden. The plant would cover 68,420 acres in parts of Ouachita and Calhoun counties. The land and buildings were supervised by the Bureau of Naval Yards & Docks. National Fireworks Inc. of Hanover, Mass., was hired to run a facility named for Navy Capt. Samuel Shumaker, who had been killed in action.

The Shumaker Naval Ammunition Depot would, according to the Camden News, be the country’s primary loading, assembling and storage site for rockets. Construction workers were hauled there in buses from towns throughout south Arkansas.

Carolyn Yancey Kent writes in the Encyclopedia of Arkansas History & Culture that the facility had “an eight-mile-long rocket testing range, production lines, ammunition storage areas and everything else necessary for operations. There was a 260-unit housing development, a swimming pool and other recreational facilities. At the close of World War II, the plant went on a standby basis. The contract with National Fireworks was terminated. The Navy kept a small staff of uniformed and civilian personnel to maintain the site and keep it ready to resume production.”

Production resumed in 1951. It ceased in 1957, and the depot was classified as surplus in 1959.IP bought more than 40,000 acres on which to plant pine trees. Meanwhile, Brown Engineering Corp. purchased 25,601 acres and developed what’s now the Highland Industrial Park. The housing area became the town of East Camden. The commander’s house became a residence for visiting consultants, executives and engineers.

Brown officials said a lack of trained workers could keep businesses from locating there. The corporation donated six buildings and 70 acres for a training facility. On April 5, 1967, the Legislature created the Southwest Technical Institute. McClellan obtained a $750,000 federal grant for the school. The first class of 144 students enrolled in the fall of 1968. Legislation in 1975 transferred operations of the two-year institution to the board of Southern Arkansas University at Magnolia.

In May 2015, Gov. Asa Hutchinson called a special legislative session to pass an $87 million incentives package for Lockheed Martin to manufacture the military’s joint light tactical vehicle at East Camden. Unfortunately for Arkansas, that contract went to Oshkosh Defense in Wisconsin. Smaller contracts have followed, though, for companies with Highland operations, including a $218 million contract from the U.S. Army last August to Lockheed Martin to provide rocket launchers and associated hardware.