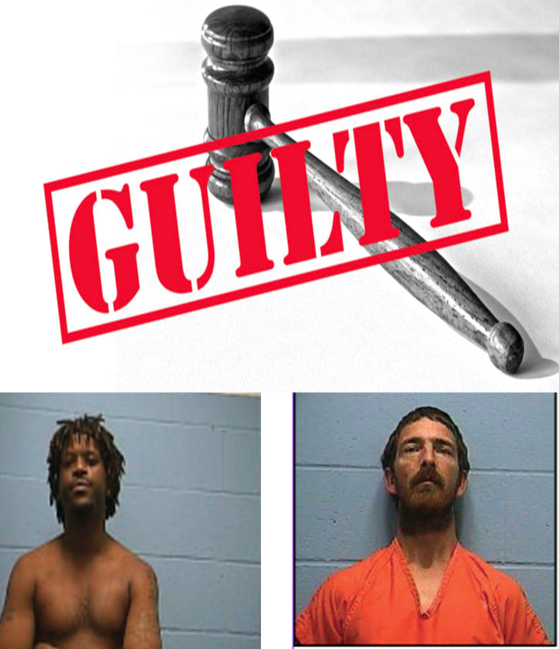 McRae pleaded guilty to counts 2, 3 and 4. The other counts will not be prosecuted. He has also been sentenced with additional drug charges in a separate case that documents state ” The total sentence received by these pleas and the please in Cr-18-31 is 25 years, less the credit given for pretrial incarceration.”

McRae has four prior felony convictions.

“On August 22, 2017, Judge Singleton found probable cause to sign a search warrant for 2200 Airline Drive.”

“On August 29, 2017, I, Sergeant Easttam, executed a search warrant at 2200 Airline Drive, the residence of Torger McRae, after receiving further information there were drugs, firearms, possible stolen property in the residence and the Drug Task Force having a warrant for McRae. While executing the search warrant, there were several item of evidence collected. The items collected are common with the sales of narcotics and are listed below:

According to court documents, Hugh Nelson Bair attempted to leave the Camden Fairview High School with a minor on May 4, 2018.

The minor told officials she was reluctant to leave with Bair due to him inappropriately touching her in the past.

Bair assaulted the minor on at least three occasions, according to court documents. The minor told her mother - who was dating Bair at the time - about each incident.

On one occasion, Bair held a knife to his own throat and threatened to kill himself in order to coerce the minor into sexual acts.

In a police interview, Bair blamed his actions on drugs.

He had previously been charged with drug possession and was placed on probation in 2016.

Bair was arrested in a Colorado hotel after going on the run from Ouachita County in early June.

His girlfriend - the victim’s mother - was charged with permitting the abuse of a minor and given $100,000 bond. Both remain incarcerated in Ouachita County Detention Center.

Bair is facing 20 years imprisonment with 204 days jail credit. His sentence will run concurrently with a probation revocation in which he received 5 years.

His girlfriend is currently awaiting trial.