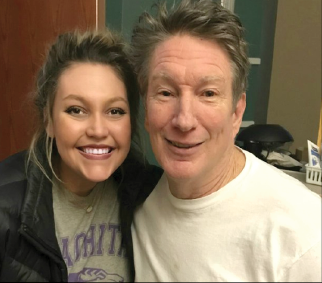 After walking through the doors of her North Little Rock gym for a Friday morning workout on Jan. 11, Megan Crawley was met with commotion and calls for a doctor.

A man had collapsed, and she responded to the panicked shouts for help, saying she was a nursing student. “That’s when my instincts kicked in,” she said.

Crawley, a 23-year-old student at the University of Arkansas at Little Rock, was thrust into action. She performed CPR while classmate Ryan Ruff charged an automated external defibrillator because Crawley found the man on the floor had no pulse, wasn’t breathing and was beginning to turn blue.

Now the students, who are both in their first year of the school’s nursing program, are being credited with saving the life of 67-year-old Charles Rainey by reviving him before paramedics arrived.

The students had performed dozens of chest compressions, and the single defibrillator shock to Rainey’s heart jolted him awake while paramedics were en route to the North Little Rock Athletic Club.

“I just kept thinking, ‘please don’t die,” Crawley said. “When I felt he had a pulse and his color came back, I was like, ‘thank you, Jesus.’”

UALR nursing students are required to have basic life support training before entering into the program. But they practice in a safe and controlled space using mannequins, which don’t have the same unpredictability and urgency as a person having a medical emergency.

It was the first time Crawley had done emergency support on another person, and she credits her instructors for preparing her.

“It still gives me goosebumps,” said Joanna Rostad-Hall, a nursing instructor at UALR.

“The fact that they’re first-year students, and they did what they did … we could not be more proud of them.”

Meanwhile, Rainey, a retiree who lives near the gym, was recovering from the collapse. He had three stents put in over the weekend and was released from the hospital Tuesday morning.

Heart conditions run in his family, but Rainey said he didn’t feel any warning signs leading up to his fall.

That morning, he decided to run to the gym but started feeling slight dizziness soon after arriving. He was chatting with some acquaintances and said he started to fall as “the lights in the room just began to darken.”

“I was dead when I hit the floor,” he said, noting that his heart completely stopped.