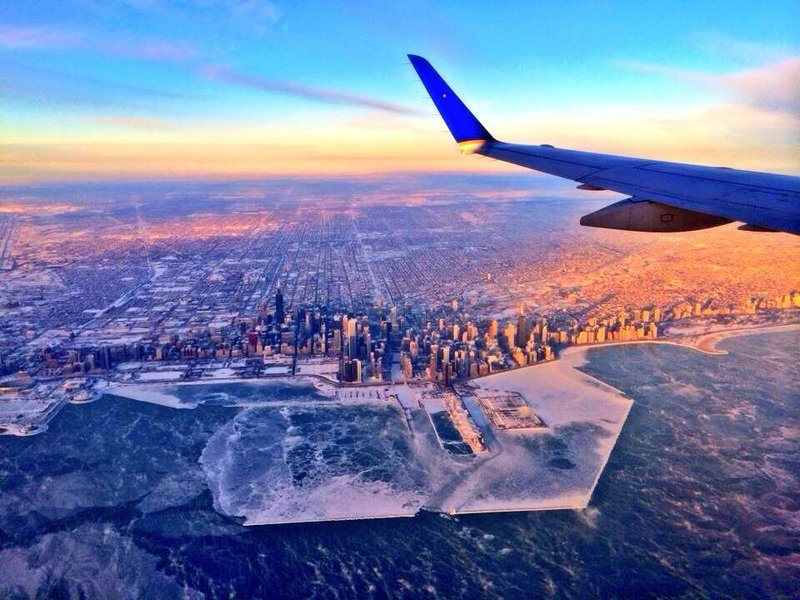 CHICAGO (AP) — The painfully cold weather system that put much of the Midwest into a historic deep freeze was expected to ease Thursday, though temperatures could still tumble to record lows in some places before the region begins to thaw out.

Disruptions caused by the cold will persist, too, including power outages and canceled flights and trains. Crews in Detroit will need days to repair water mains that burst Wednesday, and other pipes can still burst in persistent subzero temperatures.

Before the worst of the cold begins to lift, more frigid weather is expected. Record-breaking cold hit northern Illinois on Thursday morning, when the temperature in Rockford hit negative 30 degrees (negative 34 Celsius). The city’s previous record of negative 27 degrees (negative 33 Celsius) was set on Jan. 10, 1982.

Rockford has temperature records dating back to 1905.

As temperatures bounce back into the single digits Thursday and into the comparative balmy 20s by Friday, more people were expected to return to work in the nation’s third-largest city, which resembled a ghost town after most offices told employees to stay home.

The blast of polar air that enveloped much of the Midwest on Wednesday closed schools and businesses and strained infrastructure with some of the lowest temperatures in a generation. The deep freeze snapped rail lines, canceled hundreds of flights and strained utilities.

Wind chills reportedly made it feel like minus 50 (minus 45 Celsius) or worse. Trains and buses in Chicago operated with few passengers. The hardiest commuters ventured out only after covering nearly every square inch of flesh against the extreme chill, which froze ice crystals on eyelashes and eyebrows in minutes.

The Postal Service took the rare step of suspending mail delivery in many places, and in southeastern Minnesota, even the snowplows were idled by the weather.

The bitter cold was the result of a split in the polar vortex, a mass of cold air that normally stays bottled up in the Arctic.

The split allowed the air to spill much farther south than usual. In fact, Chicago was colder than the Canadian village of Alert, one of the world’s most northerly inhabited places. Alert, which is 500 miles (804 kilometers) from the North Pole, reported a temperature that was a couple of degrees higher.

Officials in dozens of cities focused on protecting vulnerable people from the cold, including the homeless, seniors and those living in substandard housing.

At least eight deaths were linked to the system, including an elderly Illinois man who was found several hours after he fell trying to get into his home and a University of Iowa student found behind an academic hall several hours before dawn.

Elsewhere, a man was struck by a snowplow in the Chicago area, a young couple’s SUV struck another on a snowy road in northern Indiana and a Milwaukee man froze to death in a garage, authorities said.

Aside from the safety risks and the physical discomfort, the system’s icy grip also took a heavy toll on infrastructure, halting transportation, knocking out electricity and interrupting water service.

Amtrak canceled scores of trains to and from Chicago, one of the nation’s busiest rail hubs.

Several families who intended to leave for Pennsylvania stood in ticket lines at Chicago’s Union Station only to be told all trains were canceled until Friday.