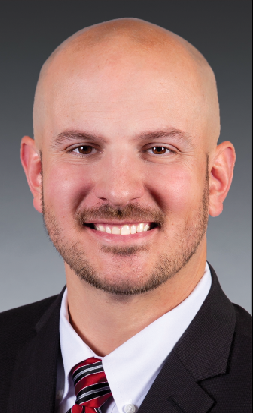 The following is from a news release by Garner:

“I’m excited to announce my decision to run for another term in the Arkansas State Senate,” said Garner. “As a former Special Forces Green Beret, I had the privilege of serving my country. “I am humbled that I am able to continue to serve the people of Arkansas.”

Garner has worked to make government more efficient, effective, and accountable. He has shown a measurable track record of results in areas that impact most Arkansans.

First elected in 2016, Garner made the campaign promise to work with Governor Asa Hutchinson and other legislators to create a better economy. Arkansas is currently experiencing the lowest unemployment rate in state history. “I promised the people of Arkansas I would be the right leader to take us in a new direction,” continued Garner. “With record-low unemployment, tax cuts to working Arkansans, and a nearly $300 million budget surplus, we are moving in a new and better direction.”

As a veteran, Garner made it a priority to lead the way on improving the lives of veterans in Arkansas. He eliminated the veteran’s retirement income tax, which means our veterans will keep every dollar they earn for their military service.

“My opponent is a tax and spend, big government democrat who had one of the worst records in office for economic policies and personal liberty,” said Garner. “He voted to raise Arkansan’s taxes by half a billion dollars his last year in office, stopped a bill that would have prevented an abortion after a baby can feel pain, and much more.

Garner has kept his promises and worked hard for the people of Arkansas. However, there is more to be done and he wants to continue to build on our success.

“I’ve led the fight for our 2nd Amendment rights, put veterans first, and stood up for Arkansas values. I’m optimistic for our future and want to continue to move us forward. I am honored to be your State Senator and I’m asking for your support.”

Garner represents Senate District 27, which is comprised of Union and Calhoun County and portions of Cleveland, Grant, Jefferson and Ouachita Counties. He was a Special Forces Green Beret who served two tours in Afghanistan in support of Operation Enduring Freedom. His military decorations include Bronze Star with V device, Combat Infantry Badge, and Special Forces Tab. Senator Garner graduated from University of Arkansas in Little Rock. He attended the University of Arkansas School of Law, where he graduated with a Juris Doctor and Master in Arts in Political Science. Professionally, he is a licensed attorney. Born in Magnolia, Senator Garner was raised in Harmony Grove. He lives in El Dorado with his wife, Kelly, son, Lincoln, and daughter, Delta.