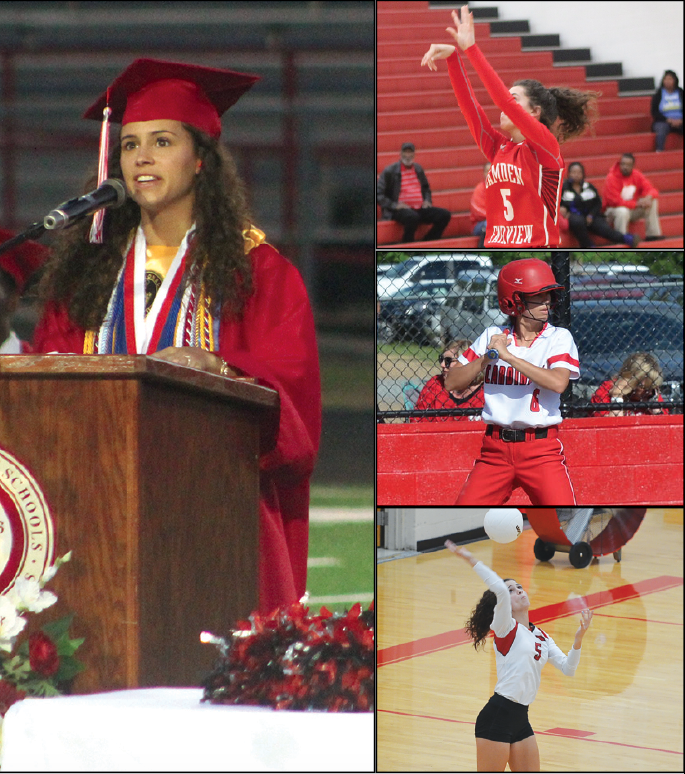 Anna is the daughter of John and Cathy Dawson and the 2019 C.F. salutatorian. She was a three-sport athlete during at time at C.F. lettering in volleyball, basketball and softball in all three of her year’s in varsity sports. She was also an All-Conference performer in each sport throughout her high school career.

Last May, she was announced as the C.F. Female Tate Award winner. The Tate Award is given to the best male and female student athlete over their three years in high school sports for their academic prowess as well as their performance on the field or on the court.

Anna had plenty of support to land on the Arkansas Democrat-Gazette’s All-Academic Team.

The Camden Fairview graduate was written about in two nomination letters for the team from the school’s Athletic Director Ricky Tucker and teacher J.J. Mosley.

“Anna knows the meaning of hard work and dedication. Anna is truly a leader in the classroom, athletics as well as all of her endeavors.”

When told of her nominations, Dawson was proud.

With playing three sports, time management was important for Dawson.

She said she would spend three to four hours after practice every night working on homework.

In addition to athletics, Dawson was the co-president of the school’s Beta Club and was a member of the National Honor Society, Mu Alpha Theta, National English Honor Society and Key Club.

“It was not easy,” Dawson said.

“I worked hard and tried to maintain my grades. I sacrificed a lot of stuff.”

“I had no connections to Ole Miss at all,” Dawson said. “

My friend’s cousin goes there. She told me about it and I thought, ‘It might be kind of cool.’”

(Patric Flannigan contributed to this article.)