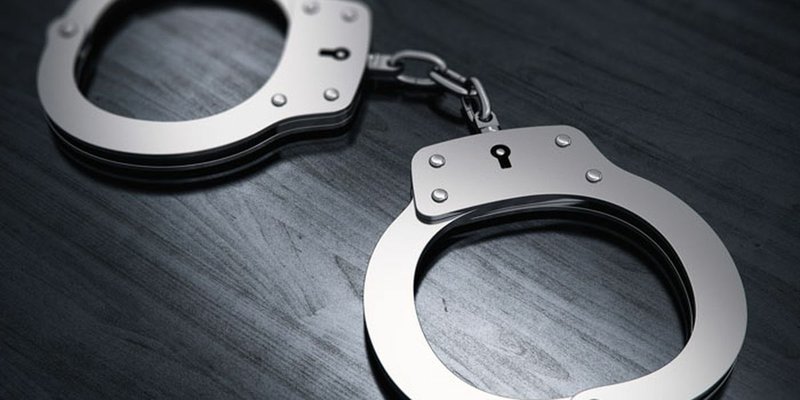 A weekend kidnapping and assault that was recorded on Facebook Live has led to the arrest of two women.

Dhashia Wade, 20, and Takira Burnell, 19, both of Camden, were taken into custody at the Day-N-Night store around 12:50 p.m. on Sunday, June 2. Camden Police Department Detective Alec Faulkner responded to the scene in reference to an incident that occurred on Johnson Street a little more than a half hour earlier.

Wade reportedly then dragged her outside the residence by her hair, and she added that the two girls dragged her down the street toward Carver Street to a parked car on Stewart Street. Clarke was placed in the car and the girls put her on Facebook Live saying they had kidnapped her, and were going to ‘kill her and take her back to where she was from.’

Clarke said they stopped at a gas station, and that’s when she noticed her boyfriend, - Rogers - arrive at the same gas station. She said Wade ran out of the store, got in her car and began trying to leave with Clarke still in the car, but Rogers was able to stop her by ramming Wade’s car with his own and disabling it. Clarke said she ran and got into Rogers’ car and Wade got out and jumped on the hood of the car while holding a knife. Clarke said she and Rogers drove off, the woman fell off the hood and they went back to the home on Johnson Street where they called the police.

Rogers stated that Wade called him and told him that she needed to meet with him at the park and because she made it sound like it was an emergency, he went to see what was wrong. He stated after he got to the park he got a call from Wade saying that she had Clarke.

Rogers said he just happened to drive by the gas station and was able to see Wade’s car. He then blocked her off to try and prevent her from leaving and began telling Clarke to get into his car. He said Wade ran out of the store and began backing up trying to get away, so he hit the front tire of the car trying to prevent it from leaving. Rogers stated that Clarke got into his car, and corroborated Clarke’s story that Wade got out of her car and jumped on his hood with a knife yelling and screaming. Rogers said he drove away trying to get away from Wade and while doing so, Wade fell off the car.

The report states that CPD officers were informed by Rogers that Wade had moved out of his home “a couple months ago” and that he though Wade had been living in Arkadelphia since then.

The incident reports states that Clarke said Wade had a kitchen knife and had threatened to use it on her while she was being dragged to the car and after she was inside of the car. She stated that Wade had put the knife to her throat and that was why she didn’t fight back or try to run away initially. She also mentioned that Wade and Burnell had stolen her blue Motorola cell phone from her and that they still had possession of it.

Both Rogers and Wade completed a voluntary written statement.

Wade stops and hands some items to Burnell, then proceeded to punch Clarke several times in the face yelling at her “Lets go b**” several times, and “move your a” or “I’m going to hit you again.”

Both Wade and Burnell then dragged Clarke down to Carver Street toward their parked car near Stewart, and forced Clarke into the car. The witness then videoed the front of the house where the door was kicked in. The recording also shows the witness talking to Rogers and telling him of what just happened and stating that Wade and Burnell also had a small kitchen knife with them.

Faulkner reported that when he arrived at the Day-N-Night store, he saw Wade standing near the vacuum stalls next to a blue 1999 Toyota Camry bearing an Arkansas license plate. Opelt was gathering information at Johnson Street and advised Faulkner to wait for backup before taking any action. VanAssche provided a description given of Wade’s accomplice - Burnell. Faulkner reported observing that Burnell matched the description provided.

Opelt arrived at the store, and both Wade and Burnell were placed into custody for kidnapping. The officers searched the vehicle where they located a pink kitchen knife in the side pocket in the front door on the passenger’s side of the car. An inventory was completed, and the vehicle was towed by Buddy’s Wrecking.

Wade and Burnell were transported to the police station without incident. Both are facing charges of residential burglary, robbery, kidnapping, aggravated assault, theft of property under $1,000 and third-degree battery.