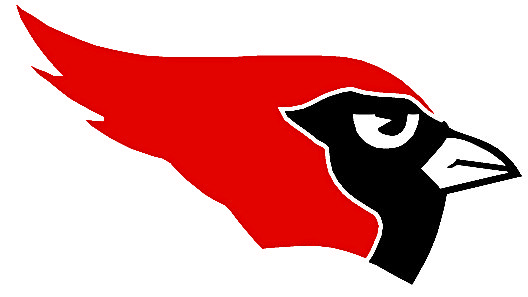 That is just how close the Camden Fairview Cardinals came to beating the Arkansas High Razorbacks on Friday night. However, the Razorbacks scored with that much time left in the fourth and added a PAT to win, 27-26.

For C.F. it was in the position that many teams would love to be in against the Razorbacks. The Cardinals defense had done a phenomenal job against the dangerous Razorbacks in the second half, forcing three Texarkana three and outs, and limiting the visiting team to only one first down. In fact, the Cardinal defense forced the Hogs into a third and long with just about two minutes remaining before disaster struck and Arkansas High QB Braylen Bishop was able to hook up with Torrie Blair for a 61 yard pass to get the Hogs deep into Cardinal territory. C.F. still had a chance to keep the hogs out of the end zone, but two plays after the big catch Bishop threw a 14 yard touchdown to tie the game at 26 with 1:38 remaining. Texarkana’s kicker, who had missed an earlier PAT, scored the game winning PAT when it mattered.

For the Cardinals it was a comeback bid that came up short. CF found themselves down 20-6 after Texarkana returned a punt for a 91 yard touchdown with 6 minutes left in the first half. While the score looked one sided, CF had matched the Hogs statistically having more first downs (7 to 6) more rushing yards (110 to 94) and a better third down percentage (66.7 percent to 50 percent) but the difference came by the big plays.

The Cardinals scored first on a perfect 14-play drive that was punctuated by Logan Robertson who sneaked it in from the two yard line but the PAT was no good. Texarkana would respond with a touchdown of its own with about four minutes left in the first quarter but its PAT hit the left upright and fell no good.

The Cardinals looked to make up for a short kick off return on the opening kick with a big one when Troy Butler raced for 51 yards between Texarkana defenders. Texarkana stacked Butler and officials ruled that the opposing team stripped the ball before the whistle blew given Texarkana another possession before the end of the quarter. The Hogs would make the most of it and score several plays later on a 17 yard pass. This time the PAT was good and Texarkana held tight to a 13-6 lead.

CF would again move the ball fairly well behind the running of Erik Hall but both teams ultimately would come up empty on their next couple of offensive possessions.

Then with about six minutes left before the half, Blair was able to field a Cardinal punt at his own 9 yard line, break a tackle and race down the sideline for a touchdown. Texarkana would get another possession before the end of the half but the Cardinal defense was able to come up with a huge 20 plus yard sack when Bishop scrambled into an official trying to avoid pressure from the Cardinal defense.

CF Head Coach Jake Monden and his coaching staff did a solid job of reminding their student athletes that the game was winnable during half time and it showed.

The Cardinal defense forced a three and out when defensive lineman Matthew Pouncil thwarted Texarkana’s go-to running back screen on a third down. CF’s offense took over and the offensive line dominated the trenches and made big holes for Hall, Reshard Clardy and Jacoriae Brown.

Brown would come in for a 15 yard touchdown - his first varsity touchdown of the season - and Robertson would hook up with Javien Clemmer for the two point conversion pass to cut into the Razorback lead with three minutes left in the third.

The Cardinal defense would come up big when Tyree Tatum reacted perfectly at his safety position and pick off a pass in CF territory. The dominance in the trenches would continue as CF would force another three and out and Robertson would come up with big runs in the RPO attack before eventually scoring on another quarterback sneak with 9:47 left in the fourth quarter to tie the game. The two point conversion was no good, but the fans and the football team were feeling good about its chances.

Texarkana’s offense was held in check again and CF would take the lead after a 7 yard touchdown run by Hall with 5:32 left in the game. The two-point attempt was broken up in the back field.

CF’s defense would again have Texarkana’s number and force another punt. The Cardinals would attempt to burn off the clock but on a third down, Hall was stacked and driven out of bounds while he was still on his feet. The game clock stopped with 2:32 remaining when it appeared the play had been blown dead while Hall was still in bounds. The debate between the officials and the coaches would last for about five minutes before the Razorbacks would sacrifice a timeout. The Cardinals punted the ball facing a fourth and six down to the Texarkana 20 and the Razorbacks would end up getting the final seven points for the win.

The Cardinals had one more shot and looked to be in position when Robertson’s pass was tipped and caught by Clemmer for a 31 yard gain down midfield. However, Robertson’s next pass was intercepted as he looked for another deep strike and the Razorbacks were able to kill the remaining 1:08 of the ball game.

Hall unofficially tallied 240 yards on 42 carries (almost six yards a carry) and Robinson had 88 yards on 9 carries for what would end up being nearly 370 rushing yards between 5 different ball carriers for the Cardinals. Robertson was 5/16 for 71 yards but three of those incompletions were drops.

Jacobie Williams came up with two sacks and several tackles along with Kyron Kidd and Trey Reed who had big games on the interior. Clemmer also lined up at cornerback during the game.

The one point loss still leaves hope for the Cardinals to win conference with the meeting being so early in the season. The Hogs will host an opportunistic Lakeside team next week that dismantled Magnolia at home 42-21 - a team Texarkana only beat by 8 at home the week before. Then the Hogs will have to travel to McClellan and Hot Springs the following weeks. If C.F. can win out, and Texarkana loses a game then the conference title will be decided by tie breaker points.