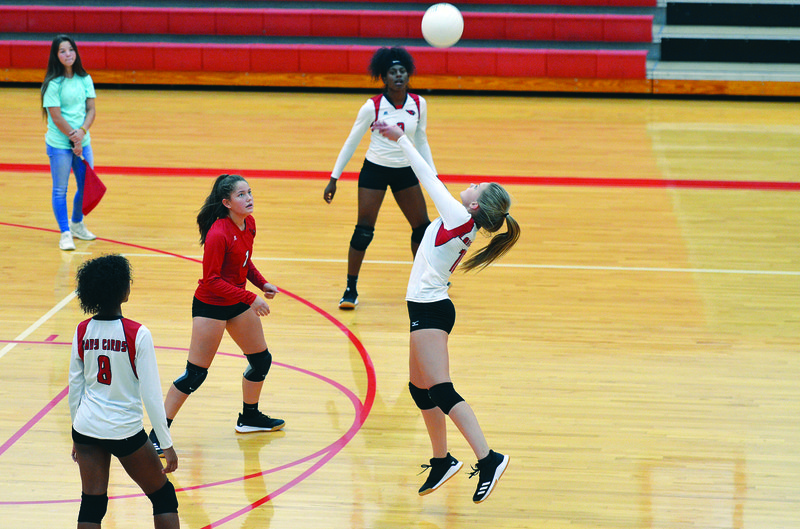 CAMDEN — Setting it up

Camden Fairview sophomore Gabbie Tidwell (10) sets up her team on a return serve during a game against White Hall on Monday. The Lady Cardinals lost the first set, 25-23, before winning the next three sets; 25-19, 25-22 and 29-27. C.F. Volleyball Head Coach Allie Rybiski’s squad improves to 3-1 on the season and will host Malvern on Thursday. This marked the third win in a row for the team and the second against White Hall after beating them 3 sets to 2 on the road in August.