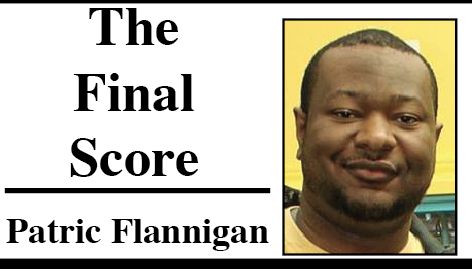 A January NFC playoff game is going on in the Superdome between the New Orleans Saints and the Los Angeles Rams. The Saints squandered a 13-0 first half lead and were now tied with the Rams at 20 points with just under two minutes remaining. New Orleans Coach Sean Peyton may have been a little too cute with his play calling and because of it, the Saints faced a third and ten. He drew up a good play to get a wide receiver open, but a Rams defender committed a blatant pass interference. However, it wasn’t called and the Saint ended up losing the game.

Now, the missed call wasn’t the only reason the Saints lost. No athlete ever wants to believe a win or a loss all hinges on one play. That’s another column for another day.

Back to my point, after the game the Saints fans argued that call up, down, left, right, backwards and forward. The players and the coaches joined in. They argued that call so much so that now the NFL allows pass interference to be a review-able play.

Change can be uncomfortable. It comes with its peaks and valleys. Any shift from the norm can be met with resistance. Change isn’t always welcome, especially in the beginning.

I mean, Dr. Martin Luther King Jr. fought for change and it took him dying before he was actually championed for it.

Yes, change isn’t always a smooth transition. But more than anything, change is possible.

That’s right. I’m telling you that if there is something you don’t like in your life, community etc., you have the power to change it.

If you don’t like the numbers in your savings, consider eating out less or not buying clothes that you know you’re never going to wear. If you don’t like having a beer belly, work out a little more and eat a salad every now and then.

Those are less serious cases though and they are easier said than done. Honestly, there’s a few changes that I aim to make in my life and I can tell you none of them are easy. I’ve counted moral victories and monitored even the minimalist of progress. I know there’s a long way to go but the key is to be persistent. Persistent and never forgetful.

(I know this is a round about and subliminal way to get people to call the Arkansas Athletics Association when they question the officiating, but let me finish.)

Change is doable. When you feel that you have encountered an injustice, you should do something about it.

Forgive, my friends but never, ever forget.

There will be those that will tell you that you should forget about it. Move on. Don’t let it hinder you. All of that is good advice, but if you want change you have to act.

(I know its been five days since I saw one of the worst called ball games in my life, but that’s only 432,000 seconds. Really, who’s counting anyway?)

They may call you unprofessional (wink), but that’s only because they don’t know about the 12 - 16 hour day you put in on Fridays when everyone else is in the comfort of their own homes.

Don’t let the criticism ever get you down. Smile, or do like I do, laugh.

I made this column light- hearted and fun because I do know some great officials. I can point out a hundred good calls for every one bad call I’ve seen and officiating is a tough job that require tough skin.

I really wrote this column to emphasize that change is inevitable.

When a change comes we have to adapt and find the positives and be involved so those changes can benefit you and the things you hold dear.

We have to be eager to communicate, open to negotiate and willing to participate.

I liken it to a new coach in a new program. That coach may want a quarterback to move to cornerback. The QB and the Coach will both have legit reasons for their ideas but if that coach and QB sit down and share them with each other, try it each other’s way and actively work to get better together, a solution will come about that will help both parties involved.

But if that coach and QB never sit down and then choose to tell everyone else around them how they feel instead of ever telling each other, it won’t work. Either that coach is going to lose a lot of ball games or that QB is going to transfer. Or maybe even both will happen and everyone ends up losing.

I say all of that to say, embrace your change. Don’t criticize it just because its different, get to know it and make it your own by being apart of that change.