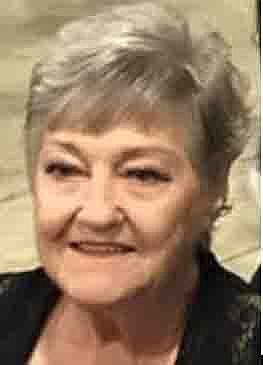 Darlene was born to H.M. “Jake” and Electa Shultz on July 26, 1939 on the Yaggy Plantation near Nickerson, KS. She attended Nickerson High School and graduated from Ellinwood High School in 1957. Darlene married Kenneth Eiland on March 23, 1958. He preceded her in passing after 53 years of marriage. Darlene came to know Jesus Christ in 1973 and was baptized at First Baptist Church, Lockport, LA.

While she and Kenny lived in southern Louisiana, Darlene pursued her nursing degree, attending Nicholls State University, Thibodaux, LA, 1976 and graduating from Ouachita Vocational Technical School, Camden, AR, 1977. She spent many years caring for the sick, delivering babies, and finally ending her career by caring for the elderly at Sterling Presbyterian Manor in Sterling, KS and retiring after 25 years of nursing service. She enjoyed painting, playing cards, gardening, scrapbooking and quilting with her sisters, and spending time with her family and friends.

At the time of her passing, Darlene resided in Dallas with her daughter, Teresa and family.

She was preceded in death by her parents, husband, grandson Nicholas, sister Dolly June Schiewe and brother Delbert Shultz.

Funeral service was held Friday, December 11, 2020, at Elliott Mortuary, Hutchinson, and was officiated by her grandson-in-love the Reverend Todd Brown. Burial followed in the Wildmead Cemetery, Nickerson.

Elliott Mortuary and Crematory, 1219 N. Main, Hutchinson, KS 67501, was in charge of arrangements.