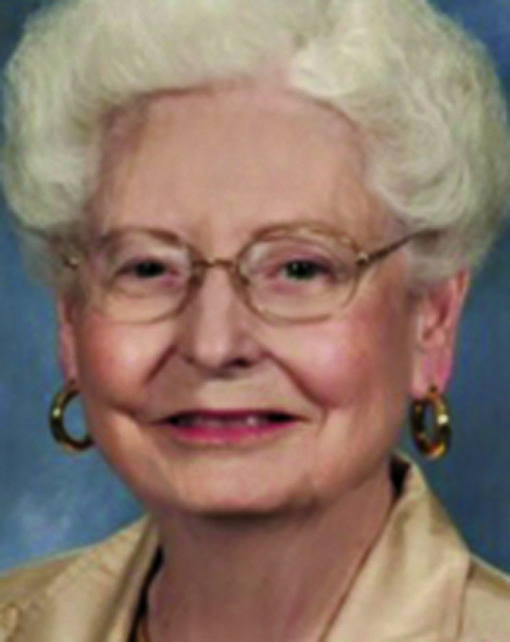 Elizabeth Lou Gray Luzader, formerly of Camden, passed away peacefully on February 7, 2020 at Elmcroft in Maumelle, surrounded by loved ones. She was born on May 13, 1925, in Monroe, Louisiana, to Orthie Nowlin and Goldbon Ottis Gray.

Elizabeth retired in 1985 after 37 years of teaching. She was a member of Delta Kappa Gamma, New Century, Second Chance, and was named Honorary Chairman for Camden’s Relay for Life 2005. She was a member of First Baptist Church, Camden, where she taught Sunday School for many years.

Elizabeth completed many beautiful crewel pieces and was an avid gardener, growing many varieties of flowers and plants. She enjoyed hosting meetings and celebrations in her home, serving delicious food on a beautifully set table with a centerpiece from Four Seasons.

She was an elegant, thoughtful lady, and she accepted her diagnosis of dementia with grace.

She was preceded in death by her parents; her sisters, Marcilla Humphries and Maurine Gilliam; and her beloved husband of 50 years, Jack. She is survived by three nieces: Connie Acklin (Gary) and Becky Pickett (King) of Ruston, Louisiana, and Janice Humphries of Virginia Beach, Virginia. Also, her heart-adopted son and daughter, Kenneth and June Kirtley of Maumelle; grandchildren, Kathryn Neill (Rick) of Maumelle and John Clay Kirtley (Melanie) of Roland; great-grandchildren, Jason and Zadie Elizabeth Neill, and Allison and Jack Kirtley. She was affectionately known as Great Gran.