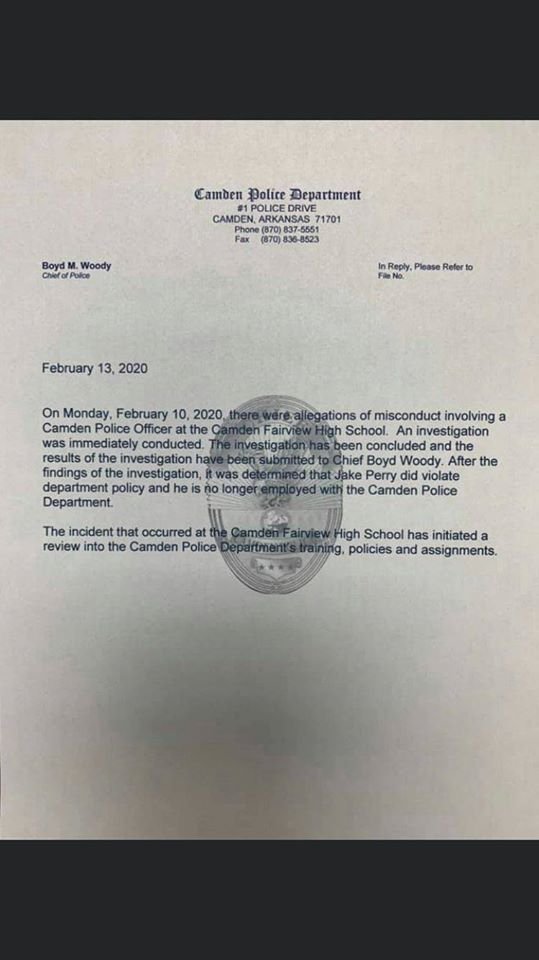 Camden Police Officer Jake Perry, who was the subject of an investigation after he reportedly choked a Camden Fairview High School student, is no longer with the department, according to a press release from Camden police.

The release also states that the incident has prompteda review of the department’s training, policies and assignments.

Perry has been under investigation, since a Monday incident involving a Camden Fairview Student, when a video appeared to show Perry put the student in a chokehold and lift him off the ground. Since that time, the video has been shown on Nbcnews.com, BET.com and The Guardian’s website in the United Kingdom.

At a press conference, Camden Fairview Superintendent Fred Lilly said that Perry was responding to an altercation between students, but that their was never physical violence between the students.

Woody told the Camden News in a phone interview he could not divulge at this time if Perry had resigned or been terminated and said that he was not aware of any charges filed by the family of the student.