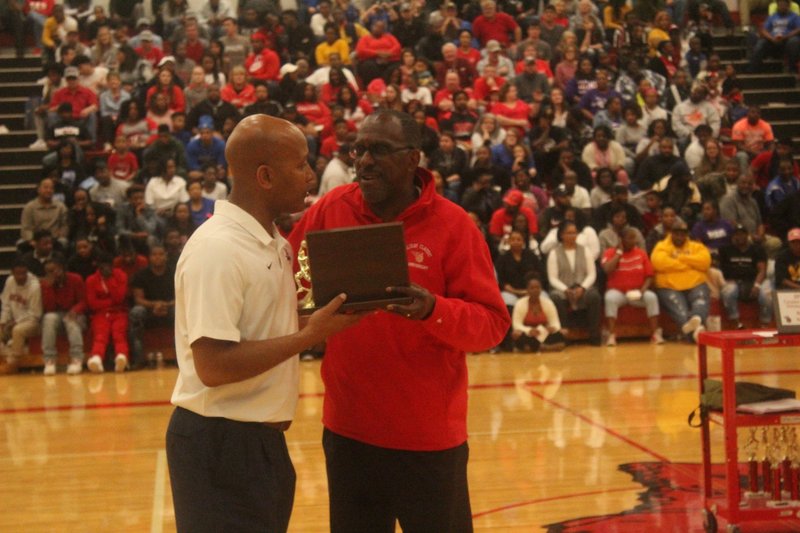 CAMDEN — The 2019 Camden Fairview Holiday Classic concluded with a game between two defending state champions in Marion (5A) and Magnolia (4A) with the latter winning, 77-73 in front of a large audience.

After drawing near capacity crowds the first two nights of the tournament, it finally reached its max on Monday night. According to CF Athletic Director Ricky Tucker, the gym’s capacity is around 2,200 people.

Monday also led to several rivalry games including CF Cardinals boys against El Dorado, the Lady Cardinals against Magnolia and an overtime game between the Harmony Grove Hornets and the Bearden Bears with the Hornet’s defeating the Bears in varsity boys basketball for the first time in more than eight years.

While the team records may not indicate it, student athletes from CF, Bearden and HG did well in the tournament. Two players from CF landed on the all tournament teams in Takari Glover and Christian Strahan with several other students athletes being considered. Glover was one of the best three-point shooters in the tournament hitting eight in the three-day tournament.

The clash between the Hornets and Bears brought out the best in both teams. The Bears led by as many as 16 points in the first half before the Hornets were able to come back and tie the game late in the fourth. Bearden’s Kendrick Juniel hit two free throws to go ahead 72-70 before Antwoin Edwards was sent to the free throw line with less than a second remaining in regulation. Edwards would sink his two attempts to send the game into overtime. The teams would exchange the lead throughout the period before Bearden would have a chance to tie the game again from the free throw line. However, this time the Bears were unable to take advantage and loss 79-78.

The Lady Bears were unable to win a game in the tournament but were matched against teams from bigger classifications and still played well. Lady Bears Latreese Wright and Bailey Hall led their team in scoring.