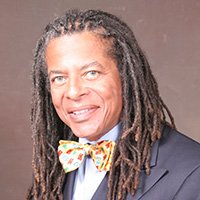 CAMDEN — Two local organizations are partnering to honor the life and legacy of a Civil Right Hero.

Impact Camden will hold an MLK Parade at 2 p.m. on Jan. 18 that will start at the Ouachita Valley Business and Technology Center on Adams Street and end near Zion Hill Baptist Church. Then at 4 p.m. on Sunday, AAHCC will host its 11th annual MLK Freedom Celebration concert at Greater New Calvary Church of God in Christ. The public is invited to attend and all admissions are free.

The event will also welcome Dr. Lee Charles Nayles. Nayles received his Doctor of Medicine at the University of Arkansas, in Little Rock, his bachelor of Pharmacy from Texas Southern University and did his internship at Henry Ford Hospital, Detroit, Michigan and the University of South Carolina. Nayles has educational and legal ties to the Camden area that he will be speaking about during the event.

The mission of the African American Historical Commission is to research, publish and preserve the history of African Americans in Camden and the southwestern region of Arkansas.

A news release from the AAHCC states that it fills a void that has been previously ignored by historians. AAHCC continues to highlight the accomplishments and experiences of Institutions, Camden natives and Arkansans in the Southwest Region of Arkansas who are of African descent. In the past, AAHCC has accomplished this task by establishing the AAHCC Hall of Fame and holding an MLK Dream Banquet that featured awards such as the Bernice Calahan-Clary Service Award. The group also gives out several scholarships to graduating seniors annually.

Another project the AAHCC has accomplished is the publishing of “In the Spirit,” an encyclopedia of the history of the African American church in this region.

Recent dedications were for Monroe Bowie and Beulah Ivory - an entrepreneur and an educator respectively who are from the area of Camden.