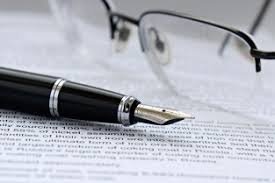 Gov. Asa Hutchinson on Monday provided clarity to Arkansas retailers selling tobacco products: Under the law of the land, purchasers must be 21.

Part of a federal spending bill passed by Congress just before Christmas, the U.S. tobacco-buying age increase went unnoticed by many last month, and it has led to some confusion for retailers in states with conflicting laws.

Charlie Spakes, president of the Arkansas Grocers and Retail Merchants Association, said the governor’s announcement was welcome because it provided clarity.

State lawmakers and Hutchinson enacted a law last year that would have phased in a tobacco-buying age increase to 21 by the end of 2021. But the governor said Monday that the federal law supersedes the 2019 state law.

In a statement Monday, the Republican governor also praised the U.S. Food and Drug Administration’s policy shift on Thursday, banning the sale of flavored, cartridge-based electronic cigarettes within 30 days.

“The federal law recently signed by President [Donald] Trump, which increases the minimum age of sale of tobacco to 21, coupled with the recent decision to ban certain flavored e-cigarettes are steps in the right direction toward curbing the vaping epidemic among our nation’s youth,” Hutchinson said in the statement. “Smoking and vaping, especially in our youth, are public health emergencies and must be addressed at the state and federal level.”

In Arkansas, Act 580 of 2019 took effect on Sept. 1, requiring that tobacco buyers in Arkansas must have been born on or before Dec. 31, 2000. That age barrier would have remained until the end of 2021, when the minimum age limit of a tobacco consumer would increase to 21.

The new age limit was not evident Monday on the home page of FDA’s website. On the agency’s page titled “Retail Sales of Tobacco Products,” it states: “It is now illegal for a retailer to sell any tobacco product — including cigarettes, cigars and e-cigarettes — to anyone under 21. FDA will provide additional details on this issue as they become available.”

“We will continue to work with the retail industry to ensure proper understanding of the new T-21 age requirement,” Goode said in a Monday statement. “I have tasked all of our enforcement agents with communicating the changes with permitted locations as they continue to conduct compliance checks. We also plan to increase the number of merchant education seminars offered so that permit holders will have convenient access to an in-person training session.”

Spakes, the retail association president, said that Monday’s announcement from the governor provided “black and white” information for stores in Arkansas. He said that some other states have told their retailers that they will wait to enforce the federal law until the FDA promulgates its rules on the matter.

He added that to avoid confusion when Act 580 took effect, the bulk of Arkansas retailers went ahead and made it their company policies to only sell tobacco to those over 21.

“This would’ve been a much harsher and bigger deal — and it has been in other states — if we hadn’t already started transitioning this way,” Spakes said of the federal law change.

Spakes pointed out that there also was confusion about whether stores can sell tobacco to members of the military who are under 21. The Arkansas law had provided an exemption for young service members, but Scott Hardin, a spokesman for the Arkansas Department of Finance and Administration, said that exemption was no longer in place because of the federal law change.

Dr. Nathaniel Smith, Arkansas’ secretary of health, on Monday praised the tobacco-buying age increase and FDA ban on flavored cartridge-based e-cigarettes as a step to reducing a rise in youth vaping.

“Together with the recently signed legislation raising the minimum age for sale of tobacco products to 21, we are now in a better position to safeguard children in Arkansas from the dangers of tobacco,” Smith said. “FDA has also committed to carefully monitoring trends in e-cigarette use and taking additional regulatory actions as needed. I am confident that Governor Hutchinson’s leadership and commitment to enforcing all tobacco-related laws in Arkansas will help us to reverse the alarming trend we have seen in youth vaping.”

The Arkansas Vape Advocacy Alliance, composed of small vape shops around the Natural State, said it was disappointed that young tobacco users couldn’t transition to a “95% safer vapor product,” but it praised the age increase as a step to curb tobacco use among minors.

“We applaud the administration for differentiating between the two products, and not issuing a complete and total flavor ban,” Arkansas Vape Advocacy Alliance President Scout Stubbs said. “Closed pod systems are more often used illegally by minors, while open systems are preferred by adults.”

Stubbs urged the FDA to take a similar approach to the upcoming Premarket Tobacco Application process that will apply to all vape products for the first time later this year. As it stands, vape companies have said the regulatory burden will be too cumbersome for many small vape shops, putting them out of business.