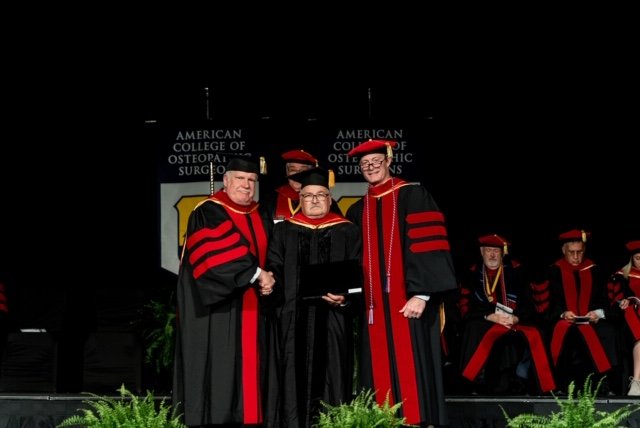 The designation of Fellow of the ACOS is conferred upon members in recognition of their board certification and voluntary activities and service to advance osteopathic medicine and surgery. Those who earn the FACOS designation have demonstrated their commitment to the practice of surgery; surgical teaching; authorship of professional papers; participation in local, state, and national osteopathic organizations; and adherence to the professional and ethical standards established by the ACOS and the American Osteopathic Association.

Dr. Arnold resides in Camden with his wife, Elaine. In his spare time, Dr. Arnold enjoys playing the guitar.

The American College of Osteopathic Surgeons is the primary advocate for the osteopathic surgical profession, representing more than 3,100 surgeons and surgical residents, and 3,200 medical students nationwide.