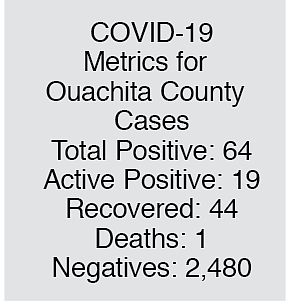 LITTLE ROCK — An Arkansas music festival that attracted thousands of people over the weekend was cited by the state for violating coronavirus safety rules after attendees were seen not wearing masks or following social distancing requirements.

Arkansas Alcohol Beverage Control cited organizers of the Peacemaker Music Festival, which was held Friday and Saturday night at an outdoor amphitheater in Fort Smith.

More than 2,500 people attended the festival, the Times Record newspaper in Fort Smith reported. State Health officials in June approved organizers' plan for the event, which included checking temperature of patrons at the gate and requiring masks to be worn. A statewide order requiring masks in most public settings took effect last week.

“The festival staff did work closely with ABC to address concerns as they were raised," Scott Hardin, a spokesman for the agency, said in an email. “However, there were ultimately not enough staffers or volunteers to address each individual concern."

Hardin said the penalty against the festival will be determined by ABC's director and will likely be a fine since it was a one-time event. He said the violation could be considered if organizers apply for another alcohol permit next year.

The festival's organizers said they were thankful most patrons of the event adhered to the safety guidelines approved by the state.

“Our volunteer staff worked tirelessly to enforce the rules," a statement released by the festival said. “Despite that, there were some patrons who violated the directive."

Gov. Asa Hutchinson said he thought the event had a good plan in place but said “the ball was dropped" in its execution. He said the state needs to ensure large events can comply with safety rules before approving them.

“As you look at additional events that will come up in the future, we've got to make sure there's adequate staff and volunteers to ensure social distancing, give us the best chance at that and educating the public as they try to enjoy an event," Hutchinson said.

Arkansas in May began allowing large entertainment venues to reopen, but has set limits on their capacity. Under current rules, the venues are limited to 100 people but can accommodate up to two-thirds of their capacity if their plan is approved beforehand by the Health Department.

Arkansas on Monday reported 824 new confirmed cases of the coronavirus, bringing the state's total since the pandemic began to 39,447. The state said at least 6,674 of those cases are active, meaning they don't include people who have died or recovered.

The true number of cases in Arkansas is likely higher because many people have not been tested, and studies suggest people can be infected and not feel sick.

Hutchinson also announced that he was setting aside $10 million in federal coronavirus relief funds to purchase 20,000 WiFi access point devices for K-12 students who need internet access for remote instruction when classes resume next month. The funding will also pay for two years of unlimited data for the devices.