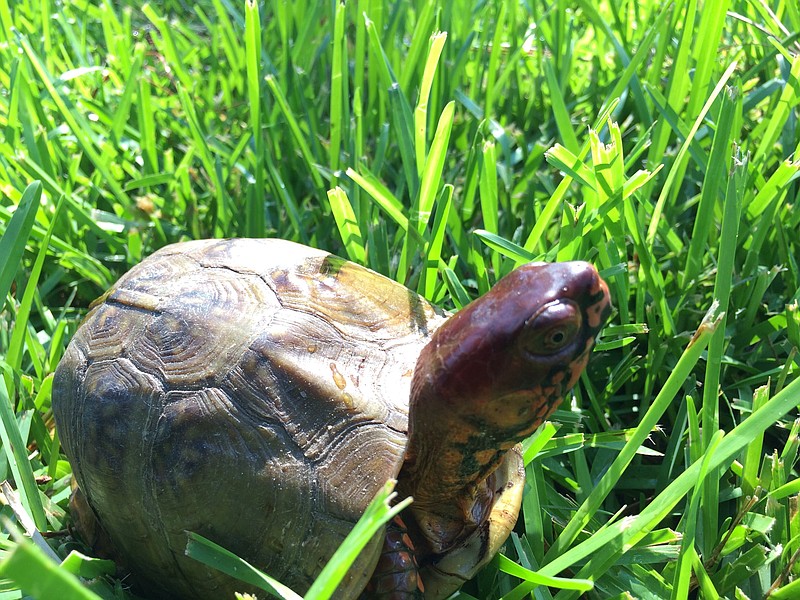 A Three-toed Box Turtle makes his way through grass onSunday morning. According to Bill Posey, Assistant Chief of Fisheries at the Arkansas Game and Fish Commission, the Three-toed Box Turtle is one of only two terrestrial turtles that resides in Arkansas. They are omnivorous woodland turtles that burrow beneath leaf litter when inactive. In the wild, they can live 50 or more years; keeping one as a pet isn’t recommended, however, because wild animals typically live less than a year when brought into captivity. Typically, the Three-toed Box Turtle will stay within a mile of where they’re hatched, and if moved away from their home range, may wander for the rest of their lives, never breeding or laying eggs. (Caitlan Butler/News-Times)