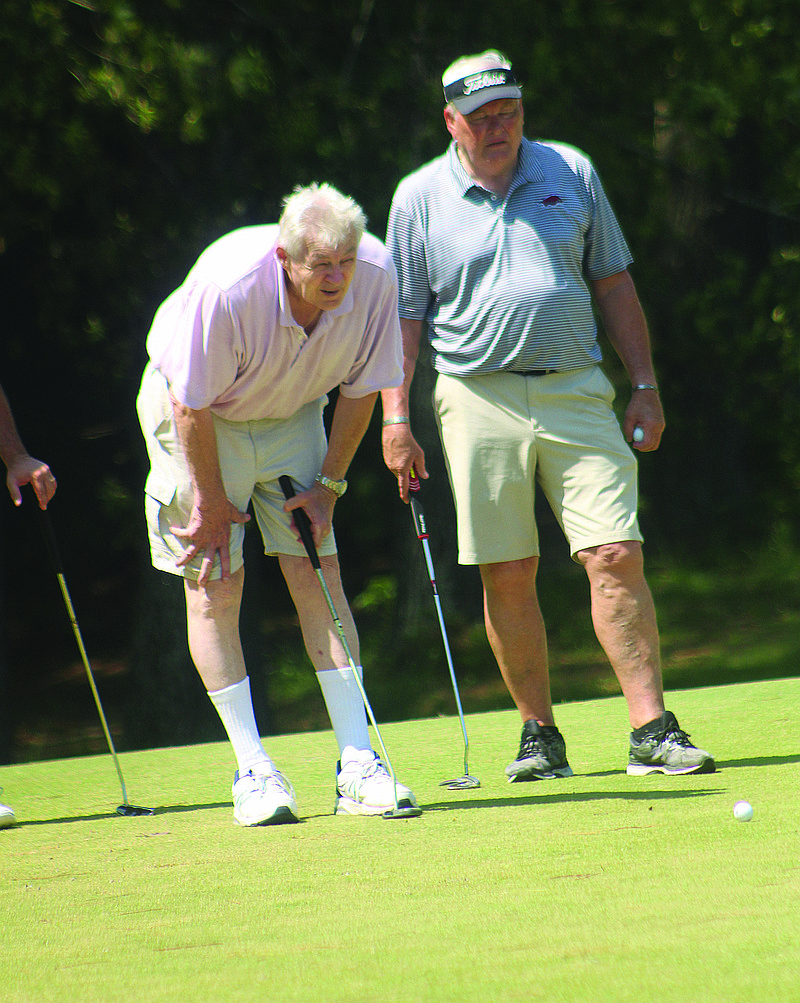 CAMDEN — Highland Industrial Park CEO and President Gene Hill eyes his putt on the green during the seventh annual Kiwanis Club Searcy Harrell Memorial Golf Classic at the Camden Country Club. The event was well attended and hosted 18 teams. The Kiwanis Club worked diligently to hold the event this year after the pandemic cause a delayed from its original date that was set in the Spring. The Campbell & Company team won first place followed by Scott Bearden’s team. The two blind drawing winners were George Branch and General Dynamics. The proceeds raised during the tournament go to fund the clubs Make-A-Wish Foundation project. The group has granted the wishes of four children over the last two years.