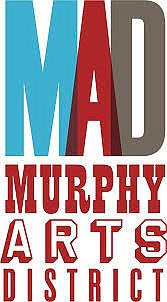 CAMDEN — In accordance with Arkansas Governor Asa Hutchinson’s state-wide directive, the Griffin Restaurant has ceased its operations.“It is with great regret that like many other entities in the hospitality and entertain-ment industries, we have had to lay off most of our staff,” said Murphy Art District CEO Terry Stewart. “We have retained a small group of employees temporarily to ‘mothball’ the facilities at this time.”The Danny Gokey show on April 26th has been canceled. Refunds are available at point of purchase (Eventbrite.com). In turn, Ron White’s sched-uled appearance on May 14th has been rescheduled to December 17th. Previously purchased tickets will be honored at the new date.MAD’s seasonal farmer’s market will be paused for 2020 and return in 2021.“We are incredibly hope-ful that we will have a full lineup of shows this fall for the community to enjoy,” said MAD COO Pam Griffin. “MAD is currently working with agents and artists to reschedule other upcoming shows including Snoop Dogg. Updates will be posted on eldomad.com as they become available.”On Wednesday, March 25 MAD will host a virtu-al art workshop for children called “Matisse’s Garden” via Facebook Live. Art educator Gay Bechtelheimer will read the book Matisse’s Garden by Samantha Friedman. Afterwards, using scissors, construction paper, and glue, she will guide children as they create their own compo-sition inspired by the magic of Matisse’s scissors.