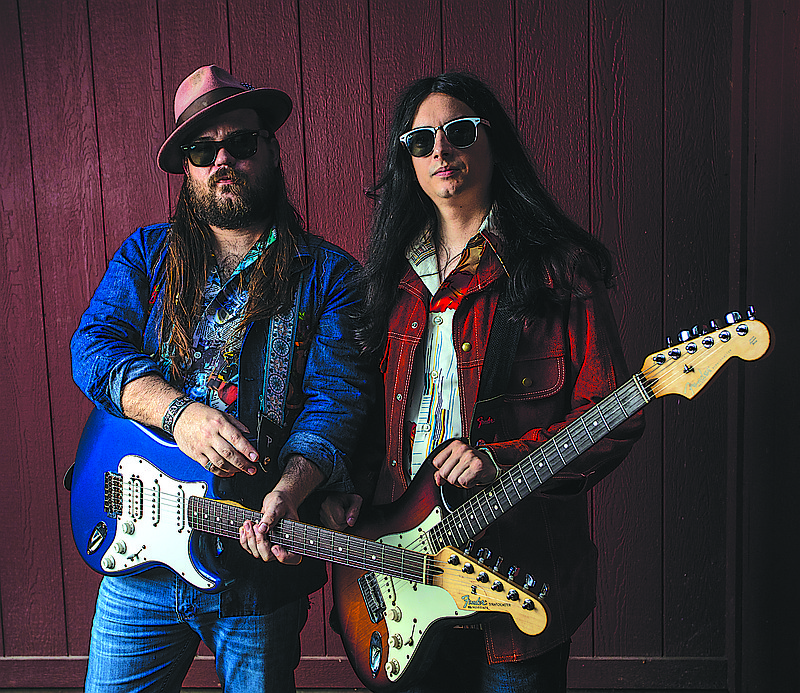 Before the outbreak of Covid-19 Drew DeFrance and his band deFrance played nightly in bars and nightclubs across the country delivering their brand of rock and roll to audiences.

With clubs and venues shut down across the country, that vital source of income has completely dried up for musicians.

“It’s really uncertain when we’re going to make money from shows again. We’re definitely trying to figure out other avenues of financial renues Hopefully we’ll get some in off of streams and radio play, and off of purchases of the record and purchases off digital streams. but that’s always never been much to rely on really. We make most of the money as musicians touring and playing shows.” DeFrance said.

deFrance's last show was at the now shuttered Griffin Restaurant in El Dorado on March 12. While some of the promoters DeFrance is in communication with have talked about moving dates to 2021, he said that no one is booking any new shows.

deFrance was also set to once again tour the United Kingdom in July and kick off a European tour in September, both of those been put on the backburner.

When asked if a record supported a tour or a tour supported a record DeFrance responded “It’s kind of a hand in hand thing, they both work together. Myself, when I get the record out, I normally have to get the promo, so it’s a big aligning of several different factors . I start the PR for it, we use a company called Jensen Communications, they’re based out of Los Angeles and Nashville, their other artist are like Santana, Crosby Stills and Nash, Jackson Browne, so we’re definitely on the lower tier of artists the work with, but we’re very lucky to work with a company like that. We mix that with a radio campaign….you have to align the PR, the radio and the production of the record.”

The band was also set to have a Billboard release party for their new album something else that has been put on hold.

DeFrance said, ”It’s just such a crazy point in time. You want to be real cautious not to get the elderly sick or anybody we care about sick.

Like many musicians, deFrance is hosting a live webstream this Saturday. A Facebook post from the band states,”We’ve really missed y’all! So we’re back & joining in on the quaran-stream! Saturday March 28th at 7:30pm CST we’ll be live at Jason Tedford’s Wolfman Studios in Little Rock, Arkansas. This is where we recorded all of our material so it’ll be great to broadcast it live to the world! See y’all Saturday!

DeFrance said he hopes people view the world differently when they are able to return to public “I just hope once all this over, people don’t take their time for granted, and come out and enjoy their lives and make Netflix and chill a thing of the past. I think people are going to be really tired of just hanging out in their houses. I really hope they do. Not just for the sake of me, because my livelihood depends on it. I was tired of seeing everyone depressed and inside the house all the time. It was happening way before the corona virus happened.

DeFrance also released a statement yesterday saying in part, ” One of the common threads throughout history is the inability to withhold the human spirit. We as people are not meant to be secluded, fenced in or quarantined. We’re destined for discovery, adventure and vast accomplishment. It’s an unfathomable condition in these current times that unfortunately is essential for our safe and prosperous future.

“So it comes as no surprise that many local, national and international artists have recently stated: ‘We regret to announce that all of our upcoming shows are cancelled or rescheduled for a later date, but here is our live stream!

“Lately within the music industry we’ve seen these lines repeated like rounds on the battlefield or rudiments on the accompanying snare drum. Echoed throughout one’s Facebook and Instagram feeds, with many live streams being broadcasted with the same professionalism of show that a viewer would witness at a major venue (without the crowd of course). In my experience with deFrance, a touring rock & roll band out of Little Rock, Arkansas, touring has been an essential way to get our name out and for brand exposure. Since this is no longer an option, we plan to live stream several times throughout this period, with the first stream planned for Saturday, March 28 at 7:30 p.m. CST. Everyone is trying to stay hopeful. Artists everywhere are figuring out new ways to create, entertain, motivate, and also expand their audience. Despite everything against us currently, we’re choosing to stay optimistic. The human spirit will shine bright in these dark and seemingly uncertain times. We will prevail. We always have and always will.”