Today's Paper Obits HER Sports Latest News Coronavirus Newsletters Viewpoints Lifestyles Weather Dear Abby Horoscopes Stocks 2019 Progress
ADVERTISEMENT
Monday Moe: Focusing too much on one thing can harm everything else. May 18, 2020 at 1:58 p.m. 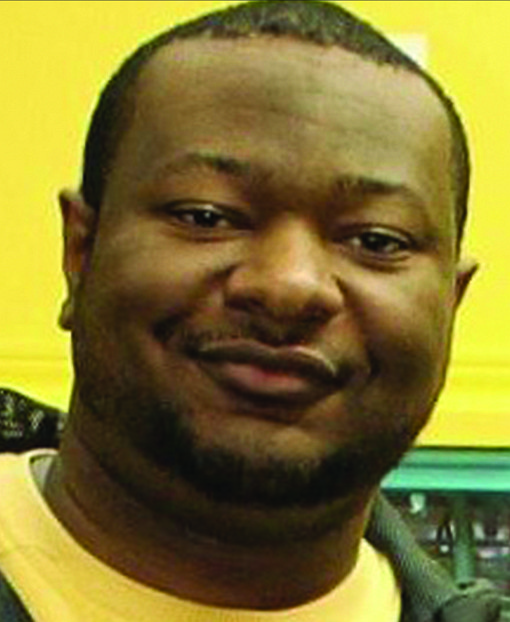 CAMDEN — Last year around this time, I was looking through old pictures and found a version of myself that actually had a four pack of abs and not a keg. I reflected on all of the various activities I was involved in around that time. My body back then was a direct result of me walking everywhere on campus, playing intramural sports, being in marching band and being on my fraternity’s step team where we challenged each other daily to workout. Exercizing wanst a burden, it was fun. There was actually a time when I would jump on to Magnolia’s Farm Road and jog the entire two-plus miles in under

That photo was motivation. I hyped myself up and convinced myself that I could get to that physique again… then I grunted as I attempted to stand up from the

As Stephen A. Smith would say: Father Time is undefeated.

But back to my original point, I understood I would have to shake off some cobwebs due to years of inactivity so those early aches were expected. Late last Fall, I decided I would focus on doing a mile and the first time I tried it it took 17 minutes. After about a month of running consistently, I got it down to about 12 minutes. Then I had a set

While playing my 11-year-old nephew in an intense game of HORSE, I made the strategic decision to dunk the ball which would all but guarantee my nephew earning a letter. No, it wasn’t fair and actually after watching the Michael Jordan documentary over the last few weeks and seeing some of his tactics, maybe me slamming the ball to end a game against a kid that’s a foot and a half shorter than me would somehow drive him to winning a championship

The ball went in but the joke was on me. I landed wrong on my right knee. I didn’t think much of it until the next day when I tried to run and my right knee would not act right. The diagnosis was “Jumper’s Knee” and the treatment was rest and losing weight. Two things I’m not

Flash forward to now, I’d been doing High Intensity Interval Training, HIIT, workouts for a few weeks but was still hesitant to go for a run because I didn’t want to re injure my knee. Thanks to a few friends that asked me to run with

them, I realized I wouldn’t know how good or bad my knee was until I went running. So I did and to my surprise I did okay. My stamina was way better than I thought it would be and my right knee didnt

However, everything else did. I realized that I had paid so much attention to protecting my knee that I had altered my jogging form which put more stress on other

Focusing too much on one concern jeopardized the functionality of everything else.

I wasn’t wrong for being cautious about my knee, but if I would’ve just taped it up or committed to a shorter distance instead of over using everything else and risking something else being injured, my run would’ve turned out

Sometimes we give so much power or time to one issue that it causes problems in areas that were doing just fine. That one issue could be what someone has said or done to you. We can’t let one negative critique impact our entire day when we really should just thank that person for that comment and keep going about our business. Especially when the critic that offered the critique isn’t even offering it from a credible standpoint. By letting that critique impact how we conduct our business would be giving that critique too much power.