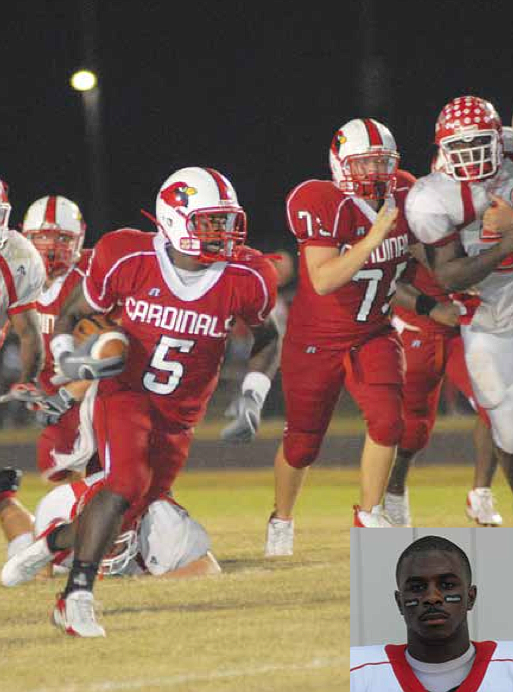 reportedly is in stable condition.

Curtis is in the burn unit at Arkansas Children’s Hospital in Little Rock, according to the Arkansas Democrat-Gazette.

“He was severely burned. He’s being treated right now in the hospital in Little Rock,” said El Dorado head coach Steven Jones. “We’re just praying for him and his family as they go through some challenges. We’re just hopeful for a speedy recovery. I know he’ll be ready to get back to normal and get back to being around the kids. He’s had such a positive impact on those he’s come in contact with. He’s great to work with and a big influence on our kids. So, we just pray he has a speedy recovery.”

“Our hearts go out to Coach DeAnthony Curtis, his wife Ashlee, their children and the rest of his family,” said El Dorado athletic director Phillip Lansdell. “We are all praying for a speedy and complete recovery. The athletic department, coaches and players miss him and look forward to his return.”

A GoFundMe account at the website gofundme.com/f/coach-deanthony-curtis has been set up to support Curtis, his wife Ashlee and his two daughters Kamdyn and Karsyn.

The account had raised $10,129 as of Saturday afternoon and was set up by Sarah VanHook Hatley of El Dorado.

Jones said Curtis is expected to make a full recovery.

“He’s in stable condition with a positive outlook,” said the coach. “I talk to him through text messages just about every day. I went up to Little Rock Thursday night. He’s very positive. I wouldn’t expect

anything less of him.”

In February 2008, Curtis was one of four Camden Fairview players in Bobby Petrino’s first signing class at Arkansas, including quarterback Jim Youngblood and defensive linemen Lavunce Askew and Brian Christopher.

Curtis was at Arkansas for four seasons in 2008-11, where he played running back, wide receiver and cornerback. He finished with 198 rushing yards, 168 receiving D. Curtis recovering from burn accident yards and 2 touchdowns for the Razorbacks.

After graduating from Arkansas with a Bachelor’s degree in criminal justice, Curtis signed as a rookie free agent with the Tampa Bay Buccaneers and played in three preseason games.

He went on to become an assistant coach at Camden Fairview and Lyon College before arriving in El Dorado. Curtis has coached at El Dorado since 2017. He coached linebackers for two seasons before moving to running backs coach in 2019.

Also, Curtis is a physical education teacher at El Dorado.