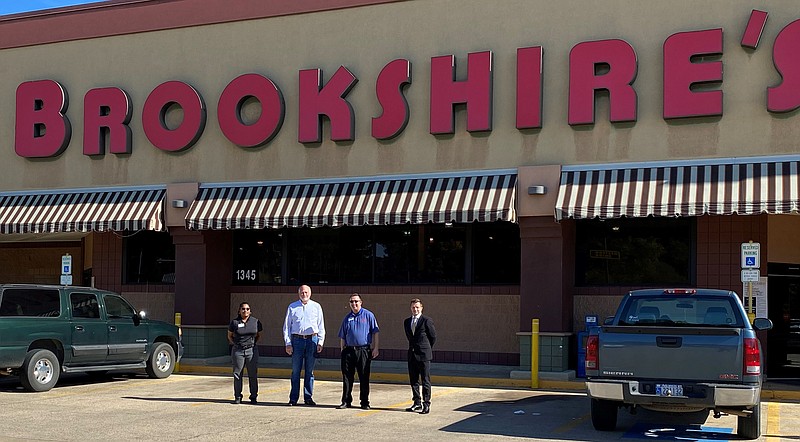 CAMDEN — SAU Tech Foundation is proud to announce the establishment of an endowed scholarship by Brookshire Grocery Company out of Tyler, Texas.

The company chose the SAU Tech Foundation as a way to invest in the lives of thousands of students in the years to come. SAU Tech was one of the numerous colleges the company looked at to select for their investment. The company invested over $1 million in endowed scholarships in the market areas it serves. Paul Lindsey, SAU Tech Foundation Chair, expressed his gratitude for the endowment. “As a life-long resident of Camden, we are blessed to have SAU Tech as a part of our community and we are blessed to have local businesses, like Brookshire Grocery, that support Tech and our youth who attend there.”

The Brookshire’s scholarship is designed to reward students in BGC’s market areas for their dedication, hard work, and outstanding academic achievements. The Brookshire’s and Super 1 Foods “Focus on the Future” scholarship will provide tuition assistance to undergraduate students in business administration or computer information technology programs at SAU Tech. The endowment of $25,000 is expected to provide an award for a student in fall 2021.

Dr. Jason Morrison, SAU Tech’s Chancellor, stated that “An investment in the future of our students is always welcomed. We are excited that our business and computer technology students will have an opportunity to receive a scholarship. We are very grateful to Brookshire Grocery Company for their gift.”

Focus on the Future is representative of BGC’s values. Since 1928, the company has operated on a strong foundation of core values. One of the six core values is “Results-Driven with a Future Focus” meaning BGC strives for positive results every day which allows the company to better serve its customers, communities, and employee-partners. BGC intends for this scholarship program to award students, who need financial assistance to obtain a higher education, to focus on their endeavors to become the community leaders of tomorrow. Local Brookshire’s Store Director, Oliver Warren, stated that he is proud to be with a company that gives back to the community.

Based in Tyler, Texas, BGC is a regional family-owned grocery business that employs more than 15,000 individuals throughout Texas, Louisiana, and Arkansas. The company operates more than 180 stores under the Brookshire’s, Super 1 Foods, FRESH by Brookshire’s, and Spring Market banners, along with three distribution centers and corporate offices.