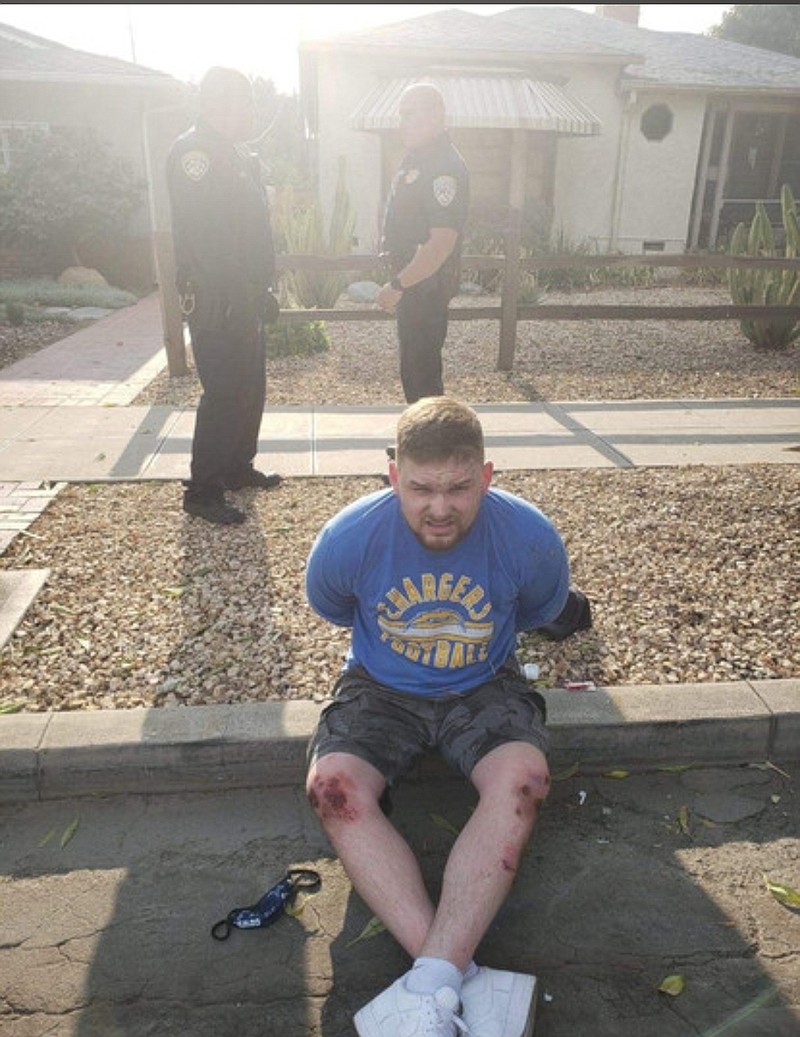 Nearly a year and a half after the murders of Alyssa Cannon and her son Braydon Ponder, the lone suspect Jory Worthen is in police custody.

Camden Police Chief Boyd Woody read a statement at a press conference Tuesday stating, “On June 22, 2019, 22-year old Alyssa Cannon and her 4-year old son Braydon Ponder were killed in their home on Ronald Drive. A warrant was issued for Jory Worthen on June 25, 2019, with a nationwide extradition for two counts of capital murder. Approximately seven o’clock last night, I was contacted by Lieutenant LaRhonda Moore and an agent with the U.S. Marshals Services who told me that Worthen had been taken into custody in Burbank, California. Worthen had been hiding under the alias of Ronald Kleigler and had been hiding in Burbank for about five months.”

Worthen was taken to a hospital after his arrest, Woody said, where he was reviewed for injuries and released to U.S. Marshals.

“This has been a long sixteen months,” Woody said, “and I would like to thank all the men and women or law enforcement, especially Lieutenant LaRhonda Moore and the U.S. Marshals Services that helped us find Worthen.”

Woody said the U.S. Marshals received information which led them to Burbank, but could not elaborate.

He said that Worthen being added to the 15 Most Wanted List by the Marshals, plus being featured on “In Pursuit with John Walsh,” helped tremendously in the investigation.

Lieutenant Moore said she notified the family and visibly teared up as she recounted how she and Angela Cannon cried at the news.

“It’s my job. It’s my duty,” Moore, who has been the lead detective since the start of the investigation, said when asked why she was emotionally invested in the capture.

When asked of the chance of additional charges to persons related to the case, Woody said, “There could be. If we found out that somebody was aiding him with the knowledge that he was a fugitive, there will be charges.”

Woody said that even though a suspect is in custody, there is still more investigating to do.

“For me it’s not over, I don’t have closure yet. Once I get him back in Camden and he goes before a judge and is officially remanded over to the Ouachita County Sheriff then I’ll have a little bit of closure, but right now I’m still focused on the case at hand and I got to get him back to Camden,” he said.

Worthen is in Los Angeles County Jail awaiting extradition back to Arkansas.