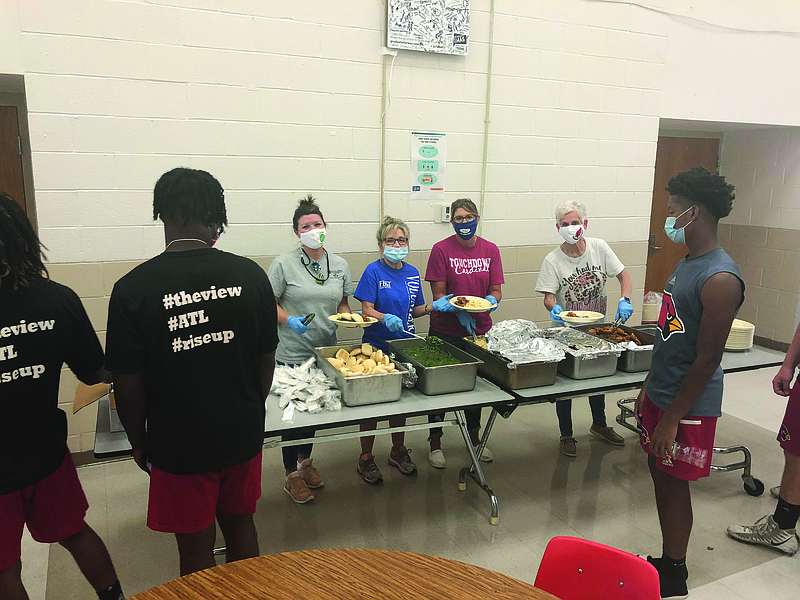 CF dominated the Badgers in almost every area of the game. The Cardinals amassed an unofficial 352 rushing yards to Arkadelphia’s 50 and picked up 24 first downs - 14 in the second half - to Arkadelphia’s 7. Two of Arkadelphia’s first down came by CF penalties. The difference would be the little things. CF was unofficially 7/19 passing with two big completions being called back because of penalties. The Cardinals first two offensive possessions were hindered by big losses during the center and quarterback exchange. The same would happen just before the half when the Cardinals were near the red zone looking to extend is 6-point lead and a snap went over the Wildcard running back’s right shoulder and resulted in a turnover. CF ended the game with 9 penalties but the most costly might’ve been the one that came in overtime when the Badgers were facing a second down and 10 before a CF Cardinal jumped off sides. The Badgers would score on the next play and sink the field goal to end the game.

The Cardinals defense was stellar against the run game limiting an illusive quarterback in Braeden Thomas and a 6’2, 225 running back in Jaishon Davis. While the bulk of Arkadelphia’s yards came through the air on big receptions from Alex Loy and Kyler Phifer (14/35 for 219 and one touchdown) it’s important to note CF tipped three passes, dropped four interceptions and came up with 3 sacks.

The Cardinals struck first when Ja’Coriae Brown scored on a 27 yard touchdown run after the CF defense forced a three and out and a short punt. The ensuing field goal attempt was low and no good. The Cardinals would have two more offensive possessions in the first half in good field position but failed to score.

In the third CF would go three and out and Arkadelphia would score five plays later in large part due to a 62 yard catch and run on a fourth and short.

Both team’s offenses with score before the Cardinals found a working recipe early in the fourth.

CF went back to its power running game. Logan Robertson would make a possession saving play when he picked up a low snap and ran for 16 yards to get the Cardinals in the red zone. Reshard Clardy would score on the next play with a 12 yard run and added the two point conversion to knot the game at 14 with 9:50 left in regulation.

The Cardinal defense would force the Badgers to punt on their next two possessions. CF would get the ball back deep inside its own territory with less than two minutes left. A sack on first down put the Cardinals at their own 9 yard line. The next play was another incomplete pass. Then facing a third and long, Erik Hall would run for a 14 yard pick up. CF would convert a fourth and one before killing the clock to go into overtime.

Hall led all rushers with 132 yards on 15 carries. Clardy finished with 109 yards and two touchdowns on 12 carries. Brown ran eight times for 109 yards and Gunner Branch rushed 8 times for 28 yards. Kevin Tate and Robertson combined for 3 carries and 22 yards.

Kyron Kidd and Mark Welch played on both sides of the ball combining for five tackles. Matthew Pouncil and Trey Frazier picked up sacks and Amari Pace had a message sending pass-break up to slow Arkadelphia’s air attack.

The Cardinals will be back in action against El Dorado in its first road game of the season this Friday night at 7:30 p.m.