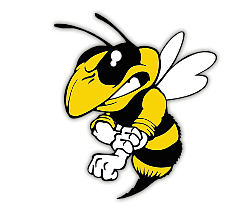 PINE BLUFF-The first ever football matchup between Harmony Grove and Pine Bluff Dollarway is a game the COVID-limited crowd will never forget. It was a penalty laden, turnover fraught, and sometimes confusing contest that the Hornets finally won 40-20 in the 6AAA opener for both squads.

After forcing Dollarway to punt on their first possession Coach Ernie Horstcamp’s team put together a scoring drive that was capped by a 38 yard run by RB Mecca Arnold with 5:55 to go in the first quarter. The 2-point try succeeded giving the visiting team an 8-0 lead.

The Dollarway Cardinals next series ended with a fumble back to the Hornets who scored again on a 24 yard run by Jeremie Edwards with 4:24 to go in the quarter. The 2-point conversion failed leaving the score 14-0.

The Cardinals were forced to punt on their next series, but a bad snap caused what appeared to be a turnover on downs, but a penalty assessed against the Hornets kept the home team’s drive alive. They scored when Demante Walker caught a pass and ran 25 yards for the touchdown that cut into the Hornets’ lead, but a failed 2-point try left the score 14-6.

Harmony Grove responded with a scoring drive topped off by a 50 yard run by Edwards for his second touchdown of the night. The 2-point try failed which left the lead at 20-6 with 9:59 to go in the half.

The Cardinals next two possessions ended with bad snaps on attempted punts. The second occurred deep in their own territory giving the visitors the ball on the 2 yard line. With 2:01 to go in the half Arnold would score on a 2 yard run. The 2-point play was good. This set the halftime score of 28-6.

The third quarter was marred by sloppy play from both squads. There were 5 turnovers between the two squads in those 12 minutes. With 9:12 to go in the third period Dollarway’s Brandon Scarver picked off a pass and returned it 23 yards for a score. The 2-point play failed. Harmony Grove led 28-12.

Following a Cardinal fumble deep in their territory, the Hornets’ Houston Bryant leaped to catch a pass in the end zone with no time left in the quarter to expand his team’s lead. The 2-point play failed to convert leaving the margin 34-12.

The fourth period began with Dollarway’s Kenyon Carr fielding the kick and running 75 yards before what appeared to be a leg cramp causing him to fall to the turf at the Hornet 5 yard line. His teammate Travelle Lee did run it in from the 1 yard line for the score with 10:31 to go in the game. Their 2-point try succeeded cutting the Harmony Grove lead to 34-20.

The Hornets added one more touchdown with 3:18 to go in the contest on a 4 yard run by Arnold for his third score of the night. The 2-point attempt failed. That set the final score of 40-20.

The Hornets improve their record to 2-2 overall and 1-0 in the 6AAA. Dollarway falls to 0-3 on the season and 0-1 in conference action.

Harmony Grove faces Smackover in a conference game this Friday night. Kick-off is scheduled for 7:00.