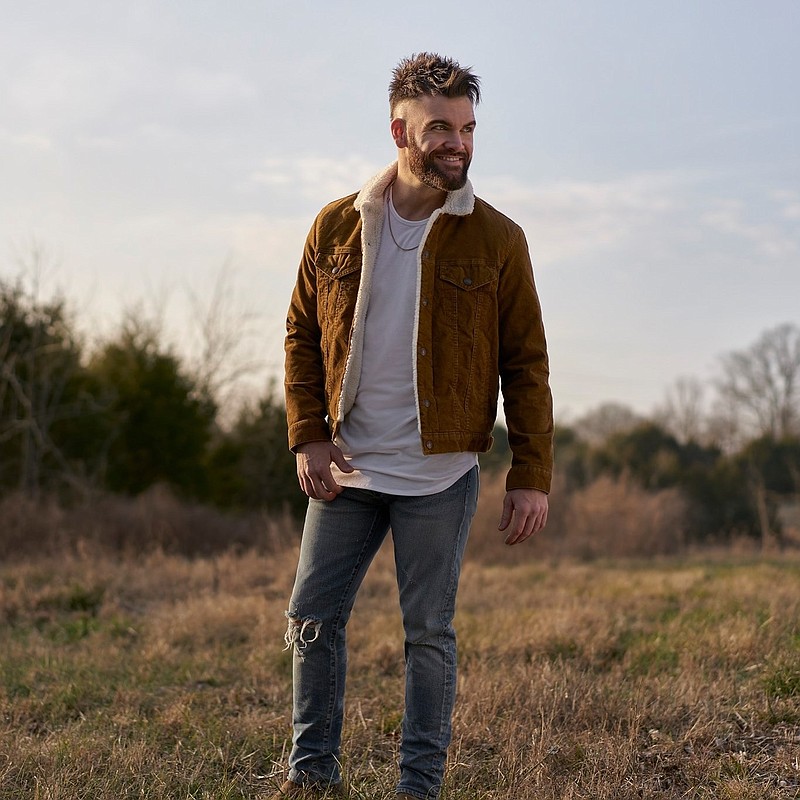 The Murphy Arts District has announced they will present a socially distanced concert in the outdoor MAD Amphitheater with country artist Dylan Scott this month.

“We are thrilled to bring Dylan back to El Dorado for his first show at MAD and are fortunate to have the Amphitheater to allow for social distancing,” said Pam Griffin, MAD President and CEO.

Scott has come a long way in establishing himself in the country music scene since his first single release in 2013. Hailing from Bastrop, Louisiana, he said he felt the strong call of music and followed in his father Scotty’s footsteps to Nashville.

One studio album and five EP’s later, his powerful voice and warm, heartfelt lyrics have seen his singles regularly achieve chart success. His 2016 release, “My Girl,” went double platinum, with his next single “Hooked” achieving platinum success the following year. His 2018 EP “Nothing to do Town” bolted to number one on the Billboard Country Album Sales Chart.

With more than 1 billion on-demand streams, Scott has a strong and loyal fanbase. In 2019, Scott saw his first iHeartRadio Music Awards nomination for Best New Country Artist, and Country Radio Seminar named him one of their New Faces of Country Music that same year.

Scott has had the honor of opening for Garth Brooks, Lee Brice, Florida Georgia Line, Luke Bryan, Brantley Gilbert and Chris Young, as well as headlining several shows himself. His current hit single “Nobody” has been climbing the top 40 country music charts and has been streamed over 58.7 million times.

Tickets for the show will be sold in pods of two, four or six people per pod. The Lower level and Pads/Pavilions areas will include chairs while the lawn area will not have chairs provided. Those who purchase tickets in the lawn are allowed to bring a blanket or low-sitting beach chair no higher than 9 inches off the ground. Main Street El Dorado will have chairs available to rent at the entrance.

“Even though the restrictions are lessening, we still want to do our part in keeping everyone safe. That being said, all pods will be socially distanced by 6 feet. While we know the governor has lifted the mask restrictions, we highly encourage attendees to wear their mask while entering, exiting and moving around the venue,” Griffin said.

Tickets for the event will go on sale to MAD members today at 10 a.m. CST and to the public on Tuesday, April 6, at 10 a.m. Tickets will be available for purchase at eldomad.com or by calling the box office at 870-444-3007. Tickets may also be purchased at the box office at 101 East Locust Street Monday through Friday from 9 a.m. to 5p.m.

Ticket pricing is as follows:

Tickets will incur a standard venue fee and tax at checkout.