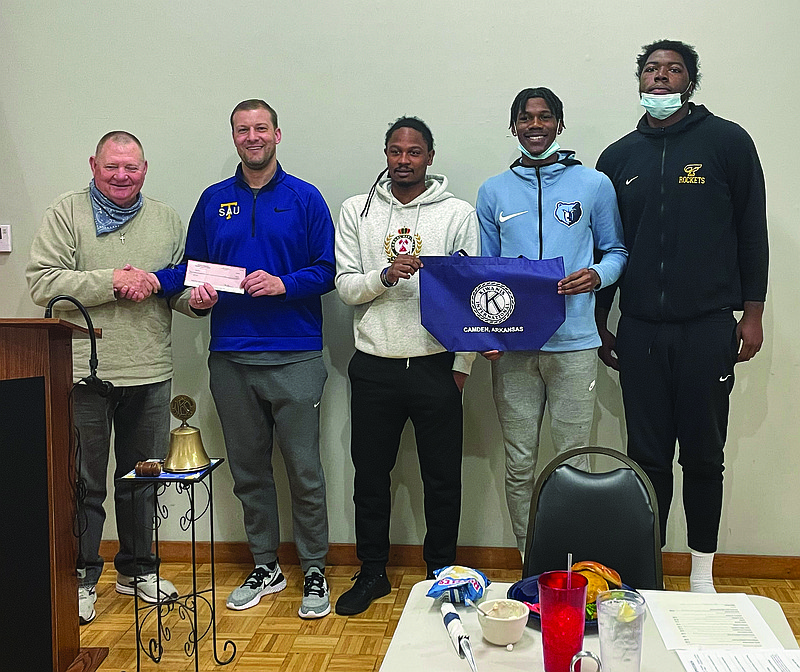 SAU Tech will travel to Danville, Illinois to play in the NJCAA Division II Tournament that will be held inside the Mary Miller Center. Levinson said that he has been to the tournament two times as the Coach at Central Community College and the first time his team upset the No. 1 seed in the tournament as a No. 16 seed. The next year, his team returned and lost by one point in the tournament’s Final Four. Levinson shared that his team “plays for each other” and that the good things they have done off the court, in the community and in the classroom has translated to what they have been able to accomplish on the court.

“I feel good about this team,” Levinson said. “Those teams (at CCC) did a lot of things right and maybe had one or two players that might’ve been a little more talented than anybody we have on this team because there was a fringe NBA player on that team but the overall group of talent, the discipline and organization in my opinion is not on the same high level of what these guys have put together this year”

Levinson credited the character of his team, his coaching staff and SAU Tech as a whole for playing a part in the team capturing its first Regional Championship. He also took time to discuss the impact of COVID and and how the extra year of eligibility impacts players. Levinson explained that there are more students in the transfer portal from Division 1 schools and aspiring college basketball players that are graduating from high school than there are scholarships available. Therefore, a lot of the Division 1 players will be transferring to smaller schools to play making it harder for Junior College student athletes to find a spot after their sophomore year.

Members of the Camden Kiwanis Club got to know the student athletes better as they fielded questions. Both talked about how they felt like they made a great decision by attending school at SAU Tech. Akins shared that he was a graduated of Forrest City High School were he played for late legendary coach Dwight Lofton. He was originally committed to a school in Colorado but opted to stay closer to family after meeting Levinson and SAU Tech Lady Rockets Basketball Coach Aramie Brooks. Johnson’s story was similar as he knew Levinson since was playing basketball in high school. Johnson’s family lives just two hours away from where the Rockets will play Ancilla.

At the conclusion of the meeting, the Kiwanis Club presented the team with a $500 check to help with travel expenses and meals.

The Rockets will play against Ancilla College at 1 p.m. on Wednesday but a special send off will be held for the team at 12:45 on Sunday at the entrance of the campus.

The Camden Kiwanis Club announced that it will host its 8th annual Searcy Harrell Memorial Golf Classic on June 5 at the Camden Country Club.

The event will be a 4-man scramble with cash prizes given to the first place team. Other prizes will be for teams and contest such as Double or Nothing, Hit-The-Green and Closest to the Line will be available for participation. There will also be an opportunity to win a brand new Ford vehicle with a Hole-In-One.

The entry fee is $400 per team which includes 18 holes of golf, the cart fee and a hamburger lunch. The proceed to toward local scholarships and the Make-W-Wish Foundation. For more information call 866-2769.