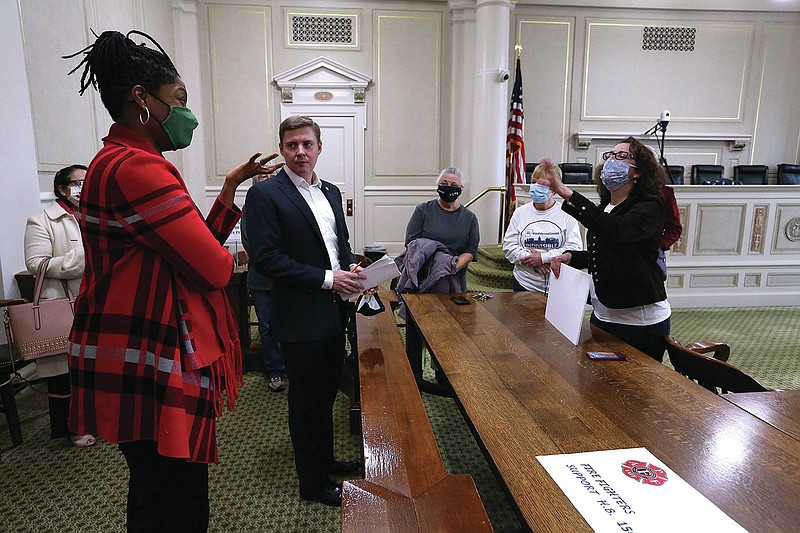 Legislation to enact minimum statewide standards for rental housing was sent by a committee to the House on Monday, even as tenant advocates lamented that the bill did not go as far as they had hoped in providing protections for renters.

The action Monday came on Senate Bill 594, by Sen. Jonathan Dismang, R-Searcy, which was recommended unanimously by the House Insurance and Commerce Committee.

The bill would set certain standards — such as running water and electricity, a functioning roof and a working heating/cooling system if one is already installed in the unit — for all rental housing in Arkansas.

Such standards are often called a “warranty of habitability” by advocates, who point out that Arkansas is the only state in the nation without established standards for rental property.

Some of those advocates said Monday that the standards set in SB594 are so basic that they are hardly comparable to other state laws.

“All other states have implied warranties of habitability, and this bill isn’t that,” said Lynn Foster, a former law professor and president of Arkansans for Stronger Communities. She added that group was neutral on the bill.

“We believe that this bill will not actively harm tenants, it will not limit the rights that tenants already have in any way,” she said.

The House sponsor of SB594, Rep. Spencer Hawks, R-Conway, said the bill was “agreed upon” after talks with both landlords and tenants advocates.

Under SB594, tenants in housing that does not meet the state’s minimum standards may notify their landlord of the problem, and if nothing is done to fix it, may terminate their lease without penalty.

SB594 has the support of the Arkansas State Landlords Association.

“I think it satisfies what the rest of the country expects from the state of Arkansas,” said William Jones, the president of the landlord group. “Whether that’s truly what we need or not, I think the court of popular opinion at this time says that Arkansas is required to have an implied standard of habitability.”

Foster and other advocates supported another bill earlier in the session, House Bill 1563, which provided more expansive standards requiring pest and mold control, working smoke alarms, locks and units that “are in good repair.” Tenants who are current with the rent would have a number of remedies under the proposed law, including filing a complaint without the fear of retaliation.

The House Insurance and Commerce Committee approved HB1563 last month, but it has stalled on the House floor.

HB1563’s sponsor, Rep. Jimmy Gazaway, R-Paragould, Monday said that SB594 was a “weak” bill that “does not contain many of the meaningful protections that were in my bill.”

Gazaway said he has not determined how he will vote on SB594, and he may still run his legislation to put lawmakers on the record.

Republicans who opposed Gazaway’s bill expressed concerns that it would raise rents and subject landlords to frivolous claims by irresponsible tenants.