CFSD will return to on-site learning for 2021-22, principal resigns 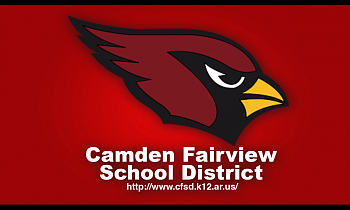 The Camden Fairview School Board held its monthly meeting on Tuesday night and voted by majority to bring students back to school for face-to-face instruction for the 2021-2022 school year.

The vote came after a discussion following a presentation by Camden Fairview Assistant Superintendent Javana McCall regarding the 2021-2022 Digital Learning Plan. She stated that she and her committee had collected data from students and teachers to come up with a plan and shared that the early results indicated that there was slightly more support for K-6 students returning to school and 7-12 students having an option to do virtual learning unless their grades dropped below a “C”. She cited that the parents and guardians of the younger students having issues making sure their children were doing their work was one of the leading reasons for the suggestion. CF School Board Member Nick Tuberville asked CFMS Principal Cara Bowie how she felt about the suggestion because the CFMS is for students 6-8. Bowie explained that she leaned towards K-6 because the majority of the 6th graders are still mentally transitioning from elementary school but also mentioned that she has seen cases were a 6th graders excelled more in virtual learning than an 8th grader so she was open to all options. She also spoke about how learning from home could benefit a student that may struggle with anxiety or another form of mental health.

“Whatever is necessary to make sure the kids get what’s best for them,” Bowie said. “I’m not opposed to anything that would do that.”

School Board Member Dr. David Mosley said that everyone was able to learn more about the virus this year and that because children were extremely low risk of getting sick or having serious complications from the coronavirus he didn’t see a medical reason for the students to have to stay home.

Kristi Branch made a motion for the students K-12 to return to school citing that there is a low risk of students getting sick, the students have more structure and are able to learn more in on-site instruction. The motion passed 6-2.

Also during the meeting the board head a presentation from CFHS Principal Gary Steelman regarding the end of year events at the high school. He said that Senior Awards will be on May 7 and the Baccalaureate Ceremony will be on May 9. Both will be in the gym with the visitors and home side seating available so the students can social distance. No breakfast will be served for the Baccalaureate Ceremony. Graduation will be May 14 at 8 p.m. at Cardinal Stadium. The seniors will be spaced out and the band and choirs participation in the ceremony will be decided at a later date. In the event that it rains, the graduation will be held in the gym with each senior being issued a limited amount of tickets for their guest.

CF Superintendent Johnny Embry spoke about the after school and summer school programs. He explained that summer school will be from Jun 7-25 and will be set up as camps for the younger students. He said that each grade would have a theme for each week such as “Cooking” which would equate to math.

Lilly shared that the district would increasing salaries for classified staff 3 percent and the base salary for license staff would be increased to $36,000. Staff members with masters degree will start with a base salary of $40,650.

During the superintendent’s report Lilly asked CFHS Assistant Principal and Athletic Director Ricky Tucker to speak about the athletics program. He shared that the baseball and softball team were both sitting at the top of the conference standings and that the regional tournament will be in Nashville. He then talked about the girls and boys track programs and the recent Cardinal Relays. CFSB President Eddie Ray Moore said that he was in attendance during the Cardinal Relays and was concerned with the teams performance.

“I’ve never seen a team like we put on the field at the Cardinal Relays,” Moore said. “I’ve never seen kids that can’t make it around the track, fall out on the track because they’re tired. It was embarrassing. I just got up and went home. In every race I’m watching and I’m asking ‘where’s Fairview? Oh they’re back there.’ I don’t know if we won anything.. I know we got better student athletes than that. Those kids were not ready.”

Tucker said that there were some students that could’ve possibly contributed to the track team but were participating in other things like offseason football, or playing baseball.

Moore said that in the past the district has had an issue with a coach pressuring a student athlete to stay in football instead of run track. He didn’t specify when this issue happened but asked Tucker if that was happening again.

Tucker said he couldn’t confirm or deny but said that he has stressed to all of the coaches to allow the students to participate in the sports they want to play.

Moore emphasized that the district wants to look good in everything they do from academics to athletics.

Branch touted CF Baseball Coach Troy Keith for his job with the team and said that it was brought to her attention that Keith stood up for the student athletes at a social event and was sharing how well behaved his team was.

Tucker invited everyone to come to the softball and baseball games on Friday at 4:30 p.m. against Magnolia. It will be the Senior game and both games have big conference implications. He then said that he would stress to the coaches again that the students should not be pressured into picking any particular sport over another and should be able to participate in all the sports they want to.

An area administrator has announced that he is resigning.

Steelman is a graduate of CFHS and has worked for the district for over 15 years. He served as a teacher and coach until he moved into administration in 2015.

The Camden News reached out to incoming Camden Fairview Superintendent Johnny Embry after learning about the announcement. Embry stated that he really couldn’t give a reason as to why Steelman resigned, as the announcement was unexpected.