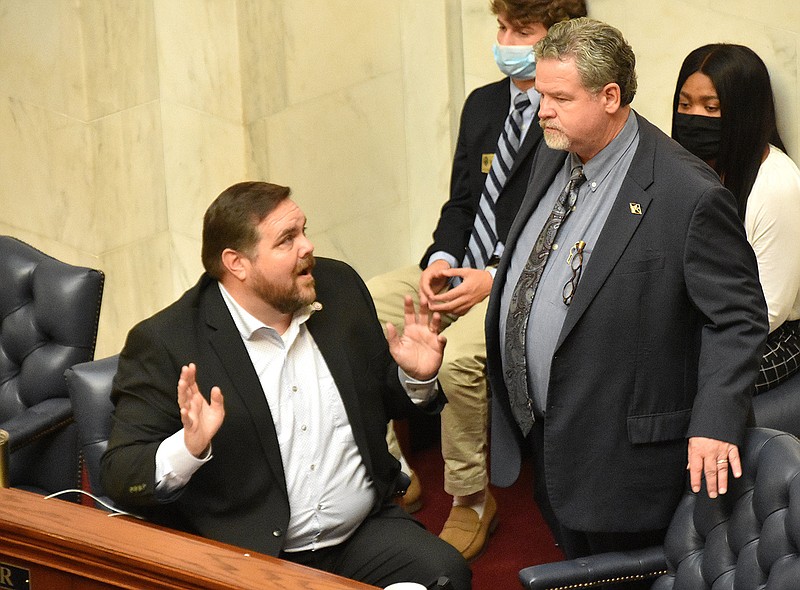 Arkansas lawmakers on Friday left the state's mask mandate ban in place, ending a session called to revisit the prohibition for schools because of the state's covid-19 surge.

The majority-Republican Legislature adjourned the special session that GOP Gov. Asa Hutchinson had called to consider rolling back the ban for some schools. Hutchinson signed the ban in April but said the change was needed to protect children under 12 who can't get vaccinated as the state's virus cases and hospitalizations skyrocket.

There had been growing calls to lift the ban before school starts statewide later this month. The ban is already being challenged in two lawsuits, including one from an east Arkansas school district where more than 800 students and staff have quarantined because of a covid-19 outbreak.

Pediatricians and health officials have said that masks in schools are needed to protect children, as the delta variant and Arkansas' low vaccination rate fuels the state's spiraling cases.

But Hutchinson faced heavy opposition from fellow Republicans, who had been inundated with calls and messages from opponents of masks in schools.

He said this week he regretted signing the mask mandate ban, telling reporters that "in hindsight, I wish that had not become law." Hutchinson noted he did so when the state's cases were much lower and that the Legislature could have easily overridden him had he vetoed the measure.

The House and Senate on Friday gave final approval to the only other item on the session's agenda, legislation aimed at preventing the state from resuming supplemental unemployment insurance payments to 69,000 people in the state.

A state judge last week ordered Arkansas to resume the payment, ruling that Hutchinson didn't appear to have the authority on his own to cut off the payments. Hutchinson was among more than two dozen GOP governors who ended their states' participation in the federally funded payments, which were scheduled to run through early September.