Catherine’s: From boutique to bistro 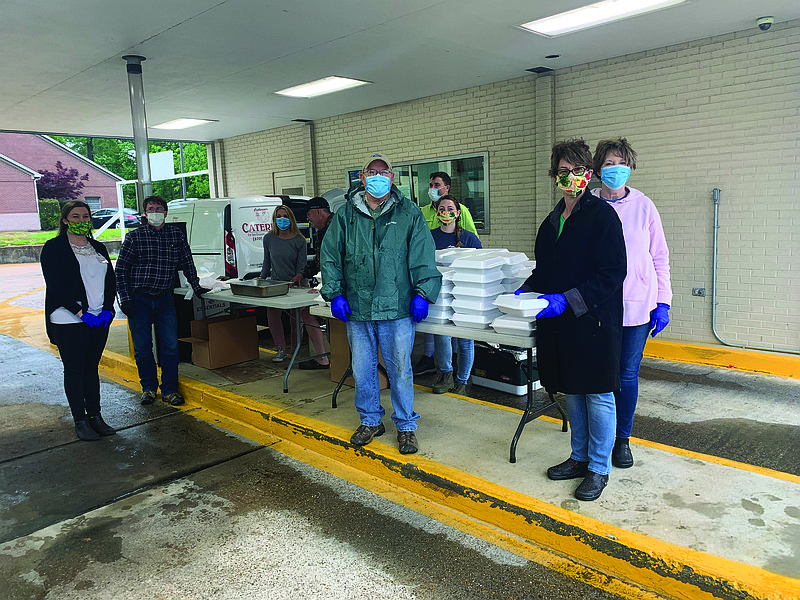 Catherine’s Bistro didn’t start as a lunch time destination in Camden, in fact, they didn’t serve food at all. The original building was a meat warehouse, then a boutique and pharmacy.

When her mother decided to retire and give up the shop, Christy Glaze took up the mantle of ownership.

Glaze explains, “In 2001, she decided she was ready to retire. She had started talking to liquidators, or whatever it was, and I was actually selling real estate then. And I decided, I had this bright idea, that I didn’t want something else in town to close. So I bought her out. It officially became mine on August 1, 2001.”

She had been involved with the business for a while stating, “I have wrapped packages, been a clerk…I have done everything from the bottom up for 47 years,” she says. “I mean, I may not have always actually worked in the store, but when I had kids, I kept her books. And the computer was at her house, so I would go there and do all the statements and all that

“The economy drastically changed and I had to come up with a Plan B,” she said.

Her idea was “we’ll just incorporate what she was doing, like soups and salads, in part of this building, and weed it back from the gifts.”

Starting out with just five tables, a convection oven, three crockpots, one refrigerated deli case, and one double-door refrigerator, they soon added a buffet and salad bar.

Though COVID regulations necessitated the end of the buffet and salad bar, its memory is upheld with a daily hotplate special of traditional southern foods like glazed ham, black eyed peas and other delicacies.

“We have gone to individually plating everything, and I don’t see us bringing it back at this point, “Glaze said.

Innovation also prompted new menu items, like the ever popular burger of the month, which in the past has featured a St. Patty’s day theme in March with a hybrid burger/ Reuben combination of corned beef paired with the thick beef patty.

If you’re not in the mood for meat, they offer a black bean bun. However, the menu doesn’t stop with that for vegetarian options. At the behests of customers, Catherine’s starting to offer vegan options. Rather than simple soy or plain tofu, the “Buddha Bowls” feature roasted vegetables, marinated tempeh and a variety of sauces.

“We try to change it each week, because there’s not any other vegan places, ” Glaze said, “If you’re a vegan you don’t want to eat the same thing, so we try do a special of the week. We’re learning as we go on the vegan stuff, and we’re open to any recipes, any suggestions. Feedback on the ones that are good are going to help us to know which ones to rotate.”

Glaze said that September will see the return of a Catherine’s favorite-homemade fudge. She’s even featuring a collaboration with her son, Bobby Glaze, who owns Native Dog Brewery, which will consist of a chocolate fudge made with Native Dog’s Chocolate Stout. Other flavors will include jalapeno, peanut butter and caramel pecan.

In addition to the fudge, Catherine’s serves up another sweet treat; made to order cakes designed by Hannah Miller. From birthdays to anniversaries, the shop puts out remarkably festive designs to celebrate special occasions.

Catherine’s Bistro also served up something interesting in the spring of 2020 before the COVID crisis shut everything down. A unique Murder Mystery Dinner Party was held in the dining hall complete with guest decked out in the fashion of the roaring 20s.

Glaze said that the next themed event might feature a western theme.

The restaurant has also implemented a rewards program that offers 10 dollars off a meal when the specified number of points are met.

In the last few years, Catherine’s has become a social hub, hosting the meetings of all 3 civic clubs in Camden. Kiwanis, Rotary and the Lions Club meet weekly and Glaze herself has been a Lion Club member for 10 years, as well as a 2 time president.

The restaurant also caters the annual Lions Club Distinguished Person Banquet which honors the men and women of Camden for exemplary service and self sacrifice for the community.