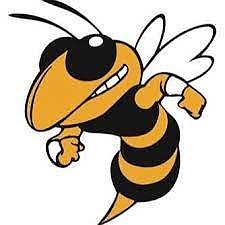 Week one of the 2021 Arkansas high school football season is set this Friday night. Every football team is looking to get back into the groove of competing for regional and state titles without too much impact from COVID-19. Last season was a different story for all teams, including the Harmony Grove Hornets.

In the 2019 season, the Hornets made it to the 3A state semi-finals before losing to the Osceola Seminoles. The Hornets had one of their best seasons in program history with an 11-3 record.

This past season, the Hornets couldn't fully build off that success from the 2019 season as COVID-19 forced the cancellation of all spring and most summer practices and workouts.

The Hornets finished last season with an overall record of 6-5, with a league record of 3-1. While it was a successful winning season that included a trip to the second round of the 3A state playoffs, Harmony Grove coach Eric Horstkamp knows they can achieve more.

The Hornets, under the direction of fourth-year head coach Horstkamp, are looking to use this 2021 season as a bounce-back deeper into the playoffs. They have the experience and talent to accomplish this, the coach said. They will also not have the season preparation roadblock that they hit last year.

Asked about the impact of COVID on their slight decline from 2019 to 2020 seasons, Horstkamp said it was significant.

"I think a lot of it had to do with a few things: first, that does put a damper on things. We're depending on the off-season; this past year we had a great one, the 2020 off-season going into the season. We also lost 19 seniors the year before, so that had a lot to do with it too, combined with a hard schedule -- we played a tough schedule and will do the same thing this year," he said. "I wouldn't necessarily put it on COVID because we all went through that. I think early on, not being able to have spring football and not doing much here in the summer and you combine that with losing all those seniors the year before, I think it had something to do with it. I think it's also a reason we got better as the year went on."

COVID-19 impacted the sporting world in many ways. While it didn't cancel the majority of the team's season in the fall, the preparation for the 2020 season was significantly less than the previous season.

For Horstkamp and his staff, they weren't able to get their several news starters fully accustomed to their roles. They also had to find an identity later than usual. The Hornets started the 2020 season with a 1-2 streak, but they finished the regular season with a 4-2 streak.

This season, the Hornets are ready to get back into action this Friday night as they host the Junction City Dragons. Last season, the Hornets started well with a 20-14 road victory over the Dragons, who ended with an 11-2 overall record. With plenty of experience back on both sides of the ball and a full off-season of preparations, the Hornets will be back with a dangerous playoff-contending team in 2021.