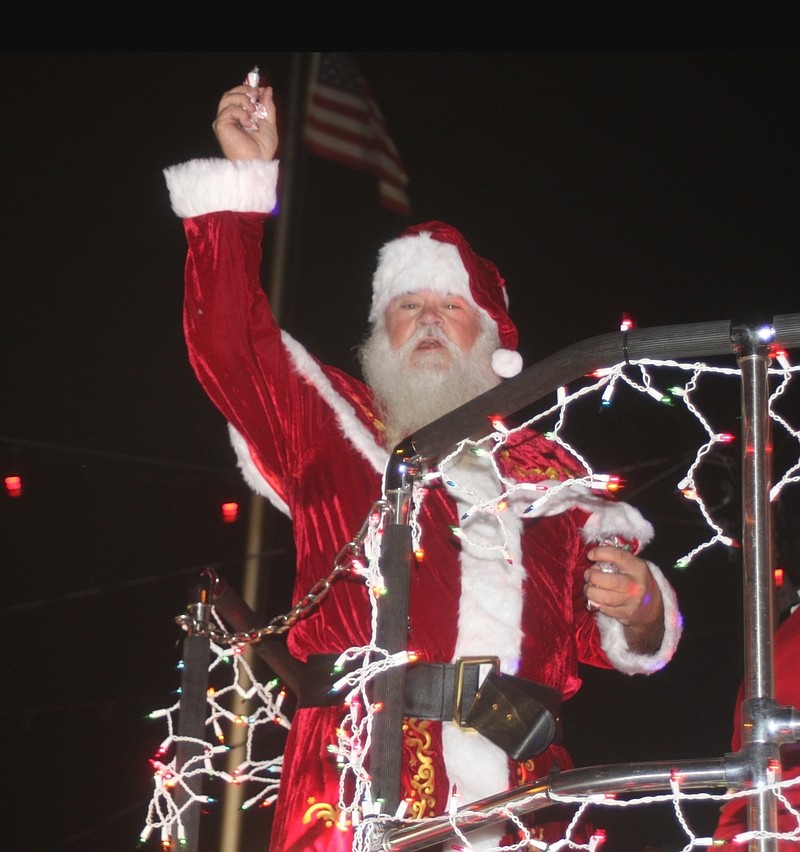 Photo by Michael Hanich Santa came to Camden as part of the Camden Christmas Parade on December 9.

The Camden Chamber of Commerce announced the winners of the Camden Christmas Parade contests on Friday.

B&M Painting took the top prize, Best Overall, for their "Knock Your Stocking Off" float.

The award for Best Large Float was given to Margaret Pace for County Assessor for the "Clause to Celebrate" float.

Reynold's Camp too the Best ATV/Motorcycle award with "Spectacular Sparkles."

Victory Kids Church won the award for Best Children on Float for the "Santa's Helpers" float.