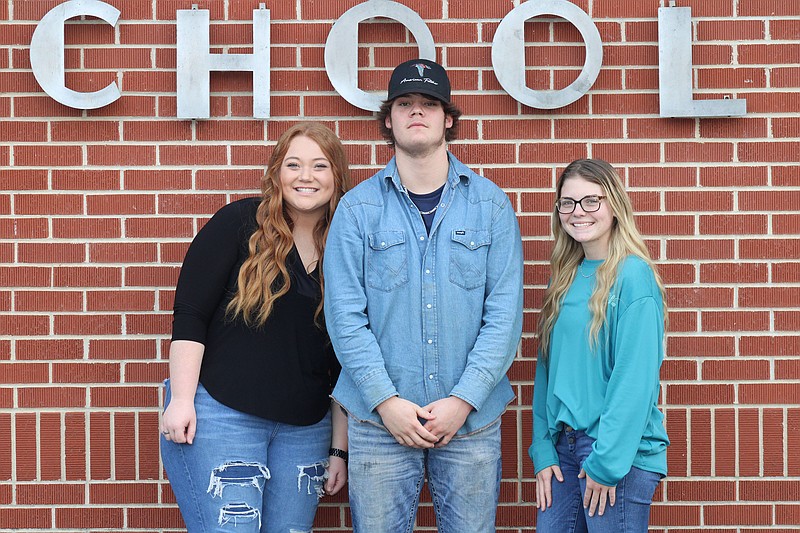 On Monday December 13 , Rena Thomas of Camden was involved in a single car accident on Highway 7. Her legs were severely injured and her car was smoking. Thomas was mere moments away from being trapped in a burning vehicle, if not for the heroic efforts of three Harmony Grove students.

Hayden Bussell, Remi Harper and Shelby Price were traveling to school that morning when they noticed the smoke and knew immediately something was wrong.

"I had just picked Remi up from her house and we were going to school", Bussell said "I had just pulled up to the stop sign and was fixing to take a right towards school and something told me to look back just to make sure there weren't cars coming. When I looked back I saw the car in the ditch against the tree. I told (Harper) we have to go back there."

The teens tried to get Thomas out, but her car doors were locked. Grabbing hub assemblies out of Bussell's truck they smashed the window and pulled Thomas to safely. And not a moment too soon, as her vehicle was quickly engulfed in flames.

"It was very stressful. It was a matter of 'I have to make this call, but I'm losing time.' I could only tell them I was on Highway 7. I couldn't get North or South out of my mouth, " Harper said.

Despite the stress, the trio managed to stay calm during the entire situation in order to aid Thomas.

"It's really just adrenaline. Afterwards you think of different things you could have done. There's something in that moment that you did right there that was good enough for that moment, " Price said.

Harper added, "I think it was just the fact that we knew what was going to happen if we didn't do something. We never freaked out. We all worked together and never had a cross word to each other, never had to yell at each other."

The communities of Camden and Harmony Grove shared the story of the brave teenagers all week as they have been featured on KARK, FOX 16 and Myarklamiss.com

Harmony Grover Prinicple Jeff Mock said, "I was in Iraq and I've seen a lot of brave things and seen people do things, but having 16 and 17 year -olds have the ability to step up there and make decisions like that is absolutely amazing, because you don't always see that. A lot of people when they see something like that, they want to pull the phone out. They decided to stop and do something, and they figured it out. They didn't panic."

The teens said that Thomas was medflighted to UAMS and will be there 2 to 3 more weeks.

"It's going to be a very long road to recovery and she's going to need as many prayers as she can get, " Harper said. 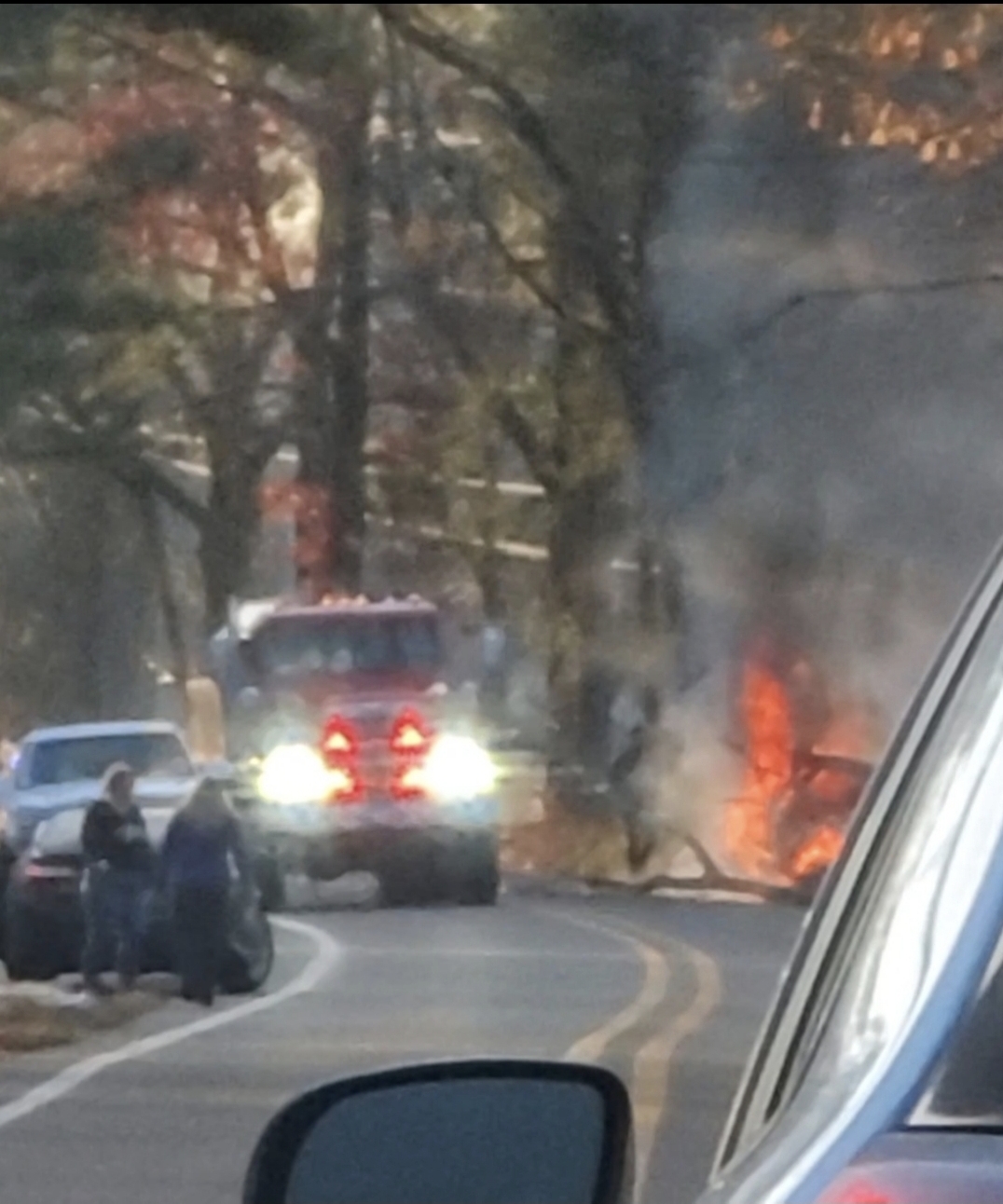 Photo by Bonny Garrett Firefighters attend to a flaming vehicle where Rena Thomas was pulled out of harms way by three Harmony Grove students.