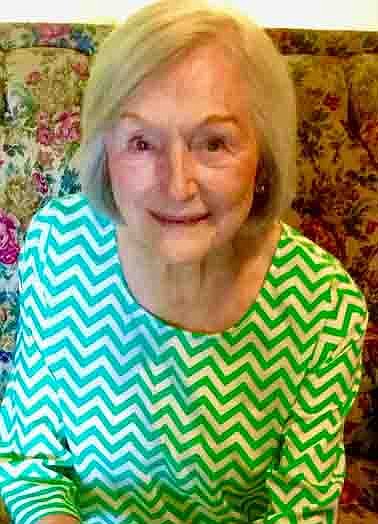 Carolyn Joyce (Darby) Key was called to her Glory on Tuesday, February 2, 2021 after a brave and brief battle with Lymphoma cancer, she was 89 years old. “Ms. Key”, as so many who cared and admired her called her, spent her life in love and service to her family, her church, her career as a nurse and as a volunteer in the community.

Carolyn was born in Camden to Vernon and Lois Mae Darby, and outside of a period of 7 years in Tulsa, Ok, was a lifelong resident. She graduated Salutatorian from Fairview High School in 1949 and upon graduation pursued her career in nursing earning her RN license from St. Vincent’s Infirmary in Little Rock. She returned to practice at then Ouachita Hospital and later continued her education, earning her Masters Degree from Stephens College. She held many positions during her 52 year career at Ouachita County Medical Center, where she was considered a pillar and “an icon” as quoted by her friend and Administrator Peggy Abbott, and was working as Director of Education until only shortly before her diagnosis in January 2021. Carolyn was recognized and awarded many honors during her life and career including The Arkansas Hospital Association Distinguished Service Award, Arkansas Nurses Association Florence Nightingale Award, The Camden Lions Club John L. Stinson Outstanding Woman of the Year Award, as well as many other industry and community accolades.

She loved teaching Sunday school and singing in the choir of her church, Fairview United Methodist, where she was a member for over 75 years and was a joy and inspiration to her church family. Always active in good works for the community, she was committed to the Ouachita County Community Concert Association, Relay for Life Ouachita County, the Good Samaritan Food Pantry, and various other causes.

Carolyn was married to her best friend and love of her life Leslie Hugh for 41 years until his death in 1995. She was a loving and guiding mother to two sons, Stacy Hugh and Scot Leslie (Nicholas), a devoted sister to Marilyn Bridges and Sonja Butler, a beloved aunt to two nieces and three nephews, great aunt to six and great, great aunt to two. She was a cherished friend to Betty Arnold, Jim Golden, Gaye Manning and so many others and was admired and instantly loved by anyone who met her. She was a rock of strength to many and will be greatly missed.

A limited capacity public service will be held Friday, February 12 at 2:00 P.M. at Fairview United Methodist Church of Camden with social distancing and masks required. There will be a family graveside interment. In lieu of floral memorials to Carolyn, please make contributions to the Good Samaritan Food Pantry, a cause to which she was devoted. GOOD SAMARITAN FOOD PANTRY, Fairview UMC, 2603 Mount Holly Road, Camden, Ar. 71701.