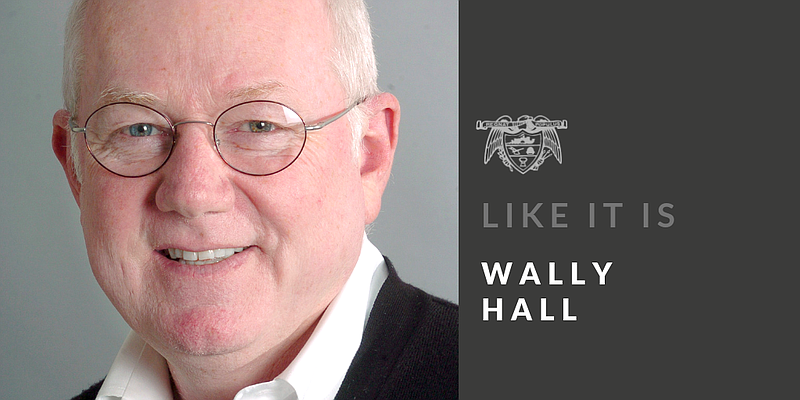 CAMDEN — Overall, the Arkansas Razorbacks basketball team made a huge leap from Saturday’s loss to Missouri to Wednesday night’s loss to Tennessee.

First, the Vols are good. They will probably be in Indianapolis for two full weekends, making at least the Sweet 16 of the NCAA Tournament.

For the most part they overachieve, play really hard, are very well coached and are mostly unselfish.

And the Razorbacks could have beat them on the road if they had protected the ball better.

The Vols picked their pocket 10 times and got 10 more turnovers because the Hogs weren’t careful with the ball, at times dribbling into heavy coverage.

Granted, Tennessee made 20 of 26 free throws to Arkansas’ 8 of 10, but the Vols made 12 of 14 in the last four minutes when the Hogs were pressing more.

The biggest difference was the 19 points the Razorbacks gave to the Vols with those turnovers.

The good things were obvious though.

After Saturday’s poor performance inside and out, the shot selection was much better, and they finished more times than not.

Arkansas actually had two more field goals than Tennessee, but that’s where the free-throw differential showed up.

To win on the road in the SEC, even in front of sparse crowds, all teams have to play a complete game.

It doesn’t have to be a perfect game, just complete.

If the Razorbacks had protected the ball, they would have won and been sitting at 2-1 in the SEC with Georgia (0-2 in SEC play) coming to Bud Walton Arena.

The loss to Tennessee, which has a NCAA NET ranking of third, dropped the Hogs in the NET from 24th to 29th.

A win over Georgia won’t help much, but a loss could be like jumping off the rankings mountain.

Of course, Eric Musselman mentioned the turnovers in his postgame press conference, and so far every time he’s brought up something he wasn’t pleased with, the Hogs were better in their next game.

Wednesday night’s loss, when at least four Hogs had at least three turnovers, will become another chapter in Musselman’s book of winning basketball.

While many are saying the SEC is down this season, and they might be right, early indications are it could be a crazy season with anyone capable of winning on a given night.

Alabama, the football powerhouse, sits atop the SEC standings at 3-0, but before getting there the Crimson Tide managed to lose to Western Kentucky.

Kentucky is undefeated in SEC play and is second at 2-0 but needs three more wins to be .500 overall. The Wildcats’ 77-74 win over Vanderbilt improved their NET ranking to 129th.

South Carolina is 1-0, but they are the kids of covid-19, having had five games postponed or canceled because of the virus.

Then comes the next eight teams who have all lost games they shouldn’t have. The standings finish with the three SEC winless teams, Georgia, Vanderbilt and Auburn.

The prediction here is the final standings will not look like today’s.

All the teams have been affected by the late start, but apparently some more than others.

Teams like Arkansas, Kentucky, Missouri and Texas A&M are going to improve. LSU too, but it’s hard to pull for a team under the NCAA cloud.

Tennessee is playing pretty close to its top level now, and obviously so is Alabama, a team that seems to live and lose by the three-point shot.

The main thing is a season is in progress. Smart people came up with smart ways to keep the teams safe and playing basketball.

Five, maybe six of these teams will end up in Indianapolis where the entire NCAA Tournament will be played.