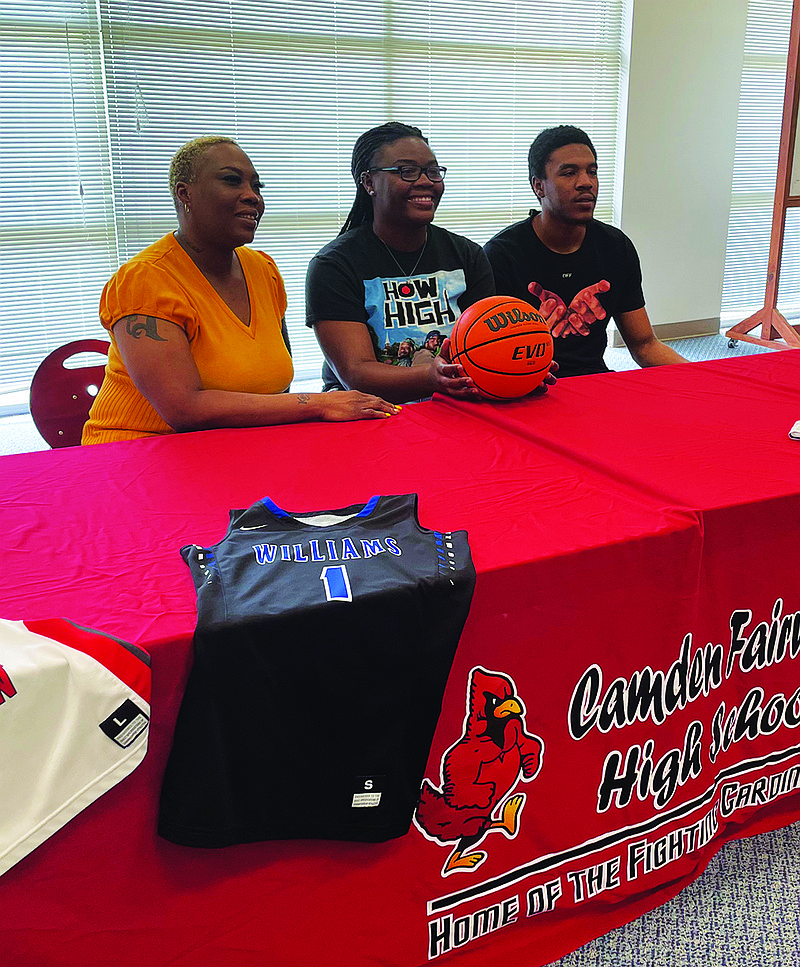 Camden Fairview graduate Jhiya Jefferson, center, is joined by her mother Makesha Jefferson and brother Keiondre Jefferson as she signs her letter of intent to further her education and play basketball at Williams Baptist University. Jefferson was a three-year letterman and an all-conference student athlete for the Lady Cardinals. CF Athletic Director shared how excited he was for Jefferson and congratulated her family as well as CF Head Girls Basketball Coach Johnny Jackson and Assistant Coach Raymond Buzbee. WBU Coach Kala Tyus was in attendance along with many of Jefferson’s friends and teammates. She is the second Lady Cardinal to sign with WBU as she will join her classmate Tamia Dandridge on the team.