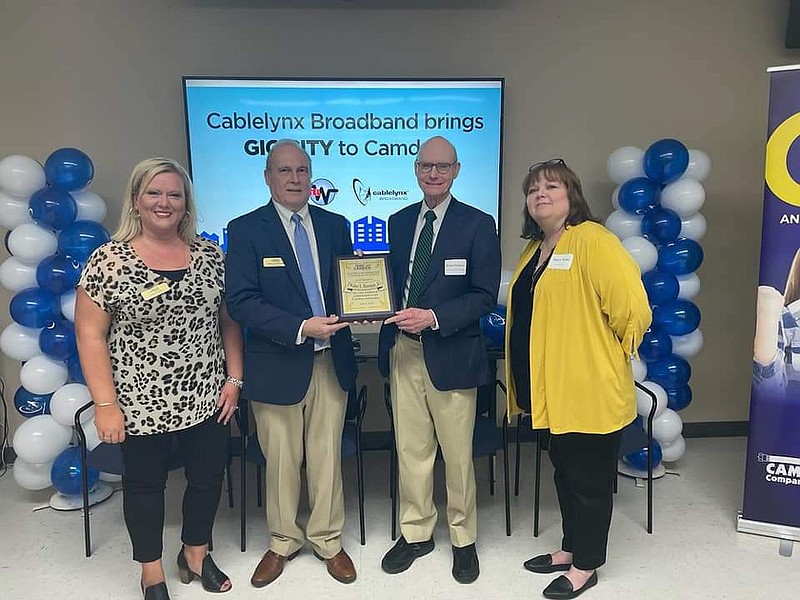 Cam-Tel Company is upgrading its network and distribution systems with a goal of launching true gigabit speeds to all of the homes and businesses in its service ares, according to a press release from the company.

According to Xfinity, another internet provider, gigabit speeds allow customers to download entire high-definition movies in minutes or upgrade a phone's operating system within seconds.

In the first step of the system upgrade, service speeds and data allowances were increased in each of the Cablelynx Broadband residential and business service packages. Now speeds up to 250 megabits per second are available throughout the system. The new upgrade will allow much faster uploading and downloading for residents and businesses alike.

The total cost of this effort will be over $1 million dollars and is just the latest investment by Cam-Tel Company, which has been the premier provider for the City of Camden and surrounding communities.

"These are exciting times for the Camden area. There are not many cities or towns in America that offer a Gig service to all their residents, and we are working to provide it throughout all of our 185 plus miles of plant," said Stacy Eads, area manager of Cam-Tel Company in the press release. "We are proud to continue invest in all our communities where we have served for over 58 years as the leading provider for internet, television, voice and cloud services.

"We have continuously invested in and upgraded our cable system and now this new million dollar project adds to the company's existing fiber optic infrastructure and expands Cablelynx Broadband service to provide major growth opportunities for area businesses and gives them the competitive advantage that they want and need," said Walter E. Hussman, Jr., chairman of WEHCO Media, the parent company of Cam-Tel Company and the Camden News. "The residential subscribers will also be given more options for their internet service to meet the growing demands of the work-from-home and the home-school requirements that are being placed on them."

Public officials spoke to the Camden News on the importance of high-speed internet in south Arkansas.

Ouachita County Judge Robert McAdoo stated, "What this means for the city of the Camden and community is that, all residences - no matter where they live in the city - will have access to the one gigabyte internet. All of our community is now into streaming, they're all into watching online movies and that's more of the streaming aspect. In order to be a viable city and a competitive city, we have to have the broadband access to all of our businesses and community and when we do that, we step to another level of competition. Whereas a company is looking at Camden, Arkansas and they are big time into the need for broadband to improve their business, they are going to take a closer look at Camden and that's nothing but great for our city and our community."

Senator Trent Garner said, "Having a gig speed in your internet is such a competitive advantage compared to not having it. For me growing up, the internet was a convenience, it was something I like to do. For my kid's generation, it's a necessity. It's as important a utility as water and electricity. The backbone of a 21st century economy is built on internet and broadband speeds. Having a gig internet speed is such a competitive advantage; it's what we need in south Arkansas to grow and advance. I'm extremely proud Mr. Hussman and his companies are investing in south Arkansas in that way. I think it's a game changer for us."

"In the world of business today, business has changed since the pandemic. With this upgrade to Cam-Tel and WEHCO Media is making in Camden with the higher speed internet capability, it will make our job easier and it will give us another tool in our economic development tool box to offer businesses to come to Camden, that this capability is here," Silliman said.

OPED also presented Hussman a plaque recognizing his investment in the community.

Cam-Tel Company has operated since 1963 as a family-owned company with core values of service, and community support, including immediate and quick response times to satisfy the needs of our neighbors

The company's services include same-day service and facilitating the Emergency Broadband Benefit program and offering a new unlimited data package for customers whose needs exceed the standard package usage allowances.

"These are exciting times, things are changing fast and Cam-Tel Company is ready to meet the needs of the community and proud to bring Cablelynx Broadband Gig-a-bit service to its customers," the press release said.